We start a process that must be long, for the sake of the Selected. We have to work in the long term. We start badly; we're going well. 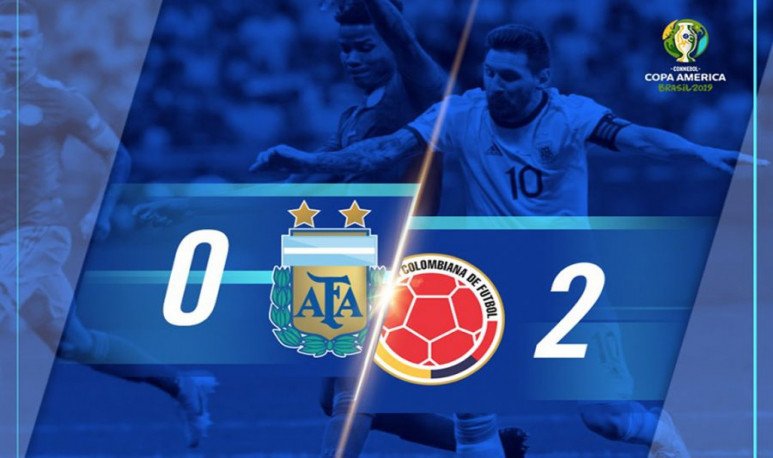 It was not the best start of the Copa America for the  National Selected. What's more: we start badly; we're going well.

The defeat against Colombia is not something from another planet, although he left us out of bed. But let's analyze coldly. Let's analyze from the beginning. The AFA seems, at last, to have a concsense and serious work proposal. From the lower and juvenile. Where they're doing good results. Up. It is a fundamental pillar, to have it and respect it.

The technician shows up by surprise. I don't think that many technicians, in practice, really want to direct the Selected. Not because it's not every technician's dream, obviously. But because the scheme of work you have is a meat grinder. In friendlies, for example, Messi comes to you the day before. So there comes Scaloni. It didn't start badly, in theory. It's not bad the idea of gambling. I'm sure he's missing a job. I wish our stupid impatience turned outto let him work in peace.

The Copa América is not sooo important

Yes. Argentina must be the protagonist, even if it plays metegol. Obviously the Copa America matters; especially when we haven't won it for a long time. But this edition, right now, does it matter? If we see a little in the long run, no. Next time, yeah. That's going to matter.

The World Cup. Where everything is intertwined

Let's not screw up. What's important is the World Cup. So, we have to think about four years. That's what the AFA seems to be doing. Scaloni, too. The Selected who put together proves it.

It's a young team. For the next World Cup. The question that arises is: if so, why take Messi, Di Maria, Agüero? No team achieves successes without experience. Perhaps the idea is now to combine experience and youth, so that young people grow up. And get mature to the World Cup. In the meantime, we're forming a team that always plays together. That it is known by heart. Talent is there. Maybe these aren't all and some about. Time will tell.

The blessed theme of Messi

I'm not going to discuss  Messi . Will he be at the next World Cup? Let's imagine it. The team apparently has the idea of playing like ten is comfortable. It is close, to a touch, have the ball, until the imbalance occurs. It's something to do with Messi on the team. No doubt. The point is that such a scheme needs a lot of practice time. This Selected does not have it. You'll never have it, except a month before every long competition. It's not enough. If on top, you change the players in each match (as the previous technicians did), the National Team will never play like Barcelona. Never in the bloody life. Guardiola had them five days a week, for years...

It's hard to play for  Messi  without training. Should I, then be Messi? And who would be the madman able to leave the best in the world out? Knowing that it lights up and you win a match, even if the team doesn't work, too. The only alternative seems to be Messi plus ten and practice.

And if he doesn't get to the World Cup? Today does not seem to be an important question. Today the priority is to build a team with a future. Later on, we see. In any case, he will leave his teachings and a team with a game scheme. Patience with Scaloni, then. Although the team has shown absolutely nothing in the first match.