A day like today was born the respected Argentine football leader, Julio Grondona. For many a virtuoso of power and for others a harmful being of corruption. We tell you his life. 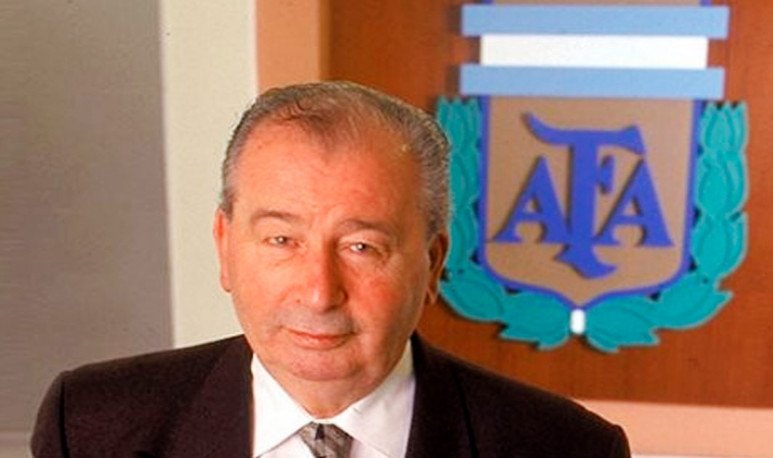 A new anniversary of the birth of  Julio Humberto Grondona , Don Julio. He was born a day like today but 1931 in the town of Avellaneda,  Buenos Aires . In his neighborhood he was highly respected before his tenure as a leader, according to the residents of the area many of them collaborated with building materials to enable them to build their house. He was a man who supported many shops in Sarandí.

The young Julio was Argentine and therefore played football. Considered a creative flyer but one of those who had a short vision, that is, he played for fun. He was never very interested in training and constancy in exercises, resorted to drink and cigarette in the bar where he used to stop called “The Three Aces”. His football career began in  River 's fifth inferior division, after a short step in Defensores de Belgrano, he finished his short career in Arsenal, where he stepped down to at the same time as a leader.

Arsenal , club which he founded in 1957 with his brother and friends to unify Avellaneda's two powers wearing his characteristic colors on the shirt (Red, the band that crosses and celestial the rest). He recorded his promotion to the first division in 2002 and managed to win the  Copa Sudamericana in 2007, the 2012 Clausura and the Copa Argentina 2013 . At that time all the power he exercised was recognized, he used to join all kinds of figures from Argentina from politicians, leaders, technicians and even neighbors of his neighborhood. He chose to serve them in his  AFA office, in a particular bar he attended or in his luxurious apartment in Puerto Madero, depending on the trust placed.

The experience of having turned almost 20 years in the club of his loves catapulted him to take in 1976 the leadership of one of Argentina's great teams,  Independiente . The red devils of Ricardo Bochini won the 77' national tournament, which was fundamental to put his name on top of the  AFA  along with his speech supporting the promotion teams. On April 6, 1979 he ascended to the soft chair of the AFA don Julio, to start his cycle and exercise until the last day of life. They were 35 years in command in an interrupted manner with only two elections, the Argentine leader remained with his  motto of voting for the promotion , which led him to be the president of the AFA. His constant strategy was to conceive the maximum whims of the clubs, as long as, no leader gets into their affairs. That is, if any manager asked him for a favor (silver, referee accommodation, etc.) the club was obliged not to present any applicant to preside over the AFA and also give his vote in every decision taken in assembly.

He received the most important position in 1988 when he joined the  FIFA committee, until his death, where he would later be the vice-president. He was the right hand of FIFA's top authority,  Joseph Blatter , and had a great ability to persuade. Taught them to use their favor emblem with favor is paid. A lifetime holding that important position without speaking any language other than  football .

At the end of July 2014  , he entered the Mitre Sanatorium in Buenos Aires to be treated with a problem in the abdominal aorta. Later, the powerful Argentine leader would die as did the  Fifa Gate accusations. Today Julio Grondona would be imprisoned, or at least suspended from professional football as Joseph Blatter. Attorney Loretta Lynch, investigator of the case, accuses Don Julio of receiving approximately  $15 million in bribes.

Surely don Julio's life takes you through beautiful places and other very dark places. At the beginning of his life with beautiful gestures like helping his neighbors or founding the Arsenal club, as power progressed the thing became more opaque. It is often said that power corrupts people. Is it really like that? Or does it just reflect what you really are?

The school that challenged a match to the pandemic