Home People Sports We have to leave him alone.

There are still people who say “Messi in the National Team doesn't perform.” 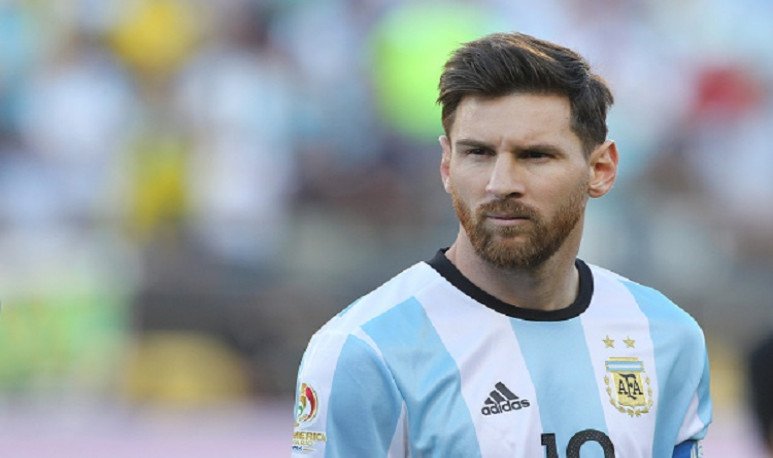 There are still people who say “  Messi  in the National Team doesn't perform .” I'm not going to start listing his achievements with the blue and white, I'm just going to say, because I can't save it, which is the historical scorer of the Argentine national team; yes, the guy who made  the most goals in ALL HISTORY . Well, I'm also going to add something that is not a statistic, and, perhaps that's why, it's even more important: look at the team when you play   Messi   and look at it when you don't play. Do you think that's the same thing? I think without   Messi   we wouldn't have classified Russia. Then STOP FUCKING MESSI! Especially journalists in suit who love to talk badly about the idol of the moment, even though they don't have any kind of consistent argument to do so. Not to mention social media and their passion for constant criticism of anything, but with special impetus to people who are raising their heads to make history. ENOUGH, ENOUGH, ENOUGH. Get out of your bubbles and stop talking without knowing.

After the exabrupt, returning to the composure that characterizes us, there is something that has long been turning in my head and I wanted to share it with you, my dear reader. It is true, somehow, that in  Barcelona  he “performs a little more” than in the national team (it is more decisive, makes more goals, more luxuries, etc.). This, somehow, is likely to be explained by a statistical question: he plays 80 matches per year with  Barcelona  and, at best, 16 with the national team.

In the Spanish team, the rematch comes every weekend, while in the Argentina National Team 4 or 6 times a year. But it seems to me that the most important difference at this point, in addition to the players around it (which is nothing less, of course), is that in Barcelona he is an important player, even perhaps the most important, but still one more.  Barcelona  bring him the players he wants to make him feel comfortable. And it's not bad that Messi “chooses” the players with whom you want to share the playing field. How can we not want Messi to feel comfortable playing with friends? All these factors influence so that you have more chances of showing off there.

In the selection they demand (I don't do it, that's why I say it is in 3rd person) to do  EVERYTHING . He won the game by himself. Steal the ball, generate the play and define it. If the opponent (the eleven that makes it up) scores 1 goal, he will score 2. If they do two, let him do 3. And if not, it's a cold chest that prefers twine and it shouldn't come anymore. You want to be champions? Leave him alone. That simple. He knows how to do the rest, all that matters is, I repeat, leave him alone.

Rodolfo Fogwill narrated in “Call for the Bad Poets”:

It takes new feelings, new imbecile thoughts, new proposals for change, causes to fear, to have, here in the south.
Bad poets are needed. Good people, but bad poets.

Two, a hundred, thousand bad poets are needed more for the ten thousand flowers of the poem to burst.

And let me imagine that if Rodolfo liked football, he would write:

Two, a hundred, thousand bad journalists who need more than Messi to break the ten thousand goals from the chest.

new proposals for the midfield, causes for them to fear our defenders, to have youths,

here in the south, in the north, east and west.

Two, a hundred, thousand bad journalists who need more than Messi to break the ten thousand goals from the chest.