Home People Sports “We close the year in the best way” 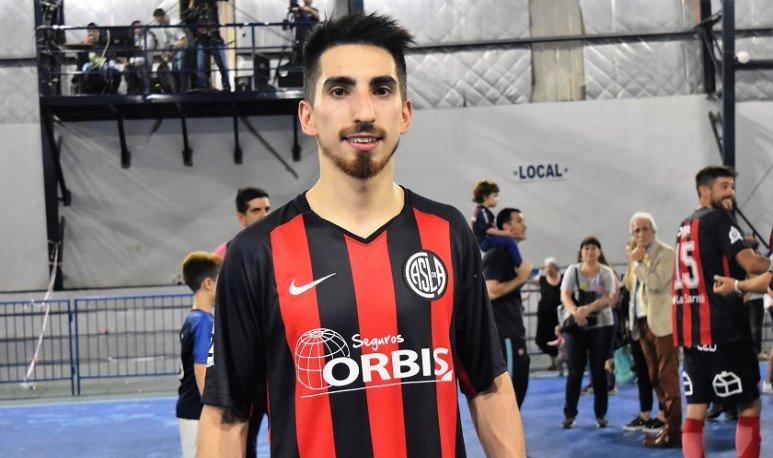 After two years in the Peniscola of the Spanish League, Lucas Bolo Alemany decided to return to the Argentine futsal. He arrived in San Lorenzo, with the aim of fighting at the top. And he wasn't mistaken...

“We work very hard all year, but here's the reward. The championships (Copa Argentina and Primera Division Tournament) and the qualification to the Copa Libertadores. In addition, in the National League we reached the semifinals and that is why this was the opportunity to close the year in the best way. The team became mentalized so as not to let it pass, and that's how we were able to give people this win and the ranking,” Lucas told the AFA website.

- What was it like to face La Ñata again, with whom they had played the final for the local tournament and the Semifinal of the Liga?

- Ñata has a team, many players going to the front, players who do not shrink under any circumstances. The confrontation became a bit a classic, because it is common that they are fighting upstairs and so are we. The matches we had were all defining, but luckily, in the latter, the fortune was on our side.

Why did San Lorenzo win a defining match like this again?

It was hard, as we expected. Our idea was to make a long match, play short, and take advantage of the spaces that sometimes left us. The rival goalkeeper had a spectacular night, like in Ushuaia, which cut everything off. But we were able to move to the front with a sixth foul and then hold the match.

Thus, San Lorenzo closes against Villa La Ñata a victorious year 2018, which leaves him in the Copa Libertadores, as a privilege commitment for 2019.