Once again, we're waiting for a River-Boca. In this case, a reader gives us a different and particular vision. Find out. 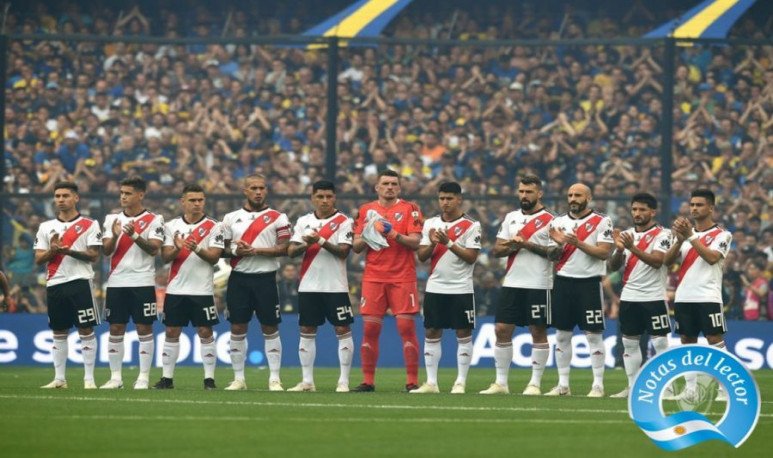 This  classic of the River-Boca classics  is able to awaken all the feelings and emotions that a person can generate. Love, hate, passion, fear, grudge, euphoria, optimism, pessimism, impatience, anxiety, joy, anger...

But there are two, although there could be several more, that I want to highlight from the riverplatense community:  joy and gratitude . I don't know if journalism or fans of other teams can see it, but at River we're very happy, I'm correct, we're very happy with this group. Only a turnip or a bad milk can think that the other day the tie was celebrated, what was celebrated is to have left everything, as in the last four years, where we lived many times of the good. Yawns cousins, paladins of the “put egg” and “a lo lo Boca” know it well, and how not, if they came home and several times with their head down.

I'm going to see River with conscience (if you can say there is) from the year 72. I mean, I became River when I haven't been a champion for 15 years. Do you know the problem I had? Now they want us to run with the stain of the descent, you know why? Because football, real football, they can't talk. They have a squad to build three teams and they couldn't put together one.

Our thing is gratitude: to the doll, to the leadership and the bunch of players who passed over the years. We are clear that they know what they have to do.

I think I'm gonna see him alone, so I can whip everything I want, or do you think I'm not going to suffer? We're all going to suffer, obviously, if not, what is the joke? That's why and in doubt I'm also going to meet my cabal, who started the day of the prison cut off Gigliotti, I don't know if he tells them anything.

Thank you Muñe, thank you players and thank you old for making me River.

How do you win a final?

She could be the first saint argentina