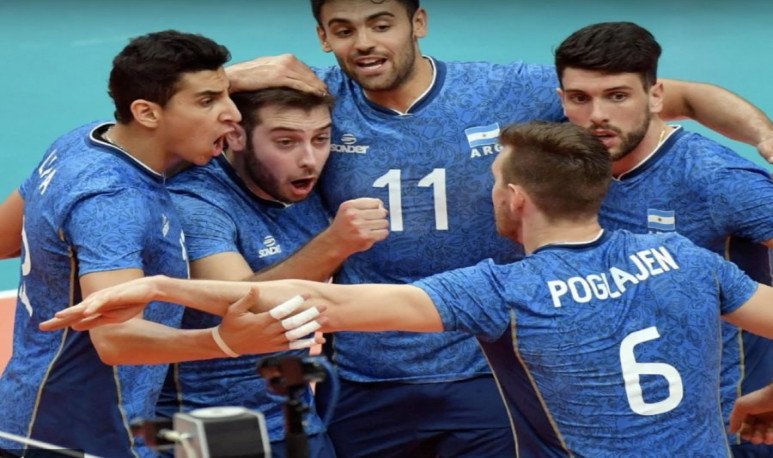 It seems a lie that such a simple game as passing the ball with your hand on the other side of the net so that it bings on the floor, turns out to be one of the most complex disciplines. Obviously there is a technique and a tactic, but in this simple fact they will find the look...

To dominate a football, we use the foot, but we lean on the floor to control it, in hockey it is very similar but with a stick, in basketball, rugby or handball we can take it, grab it with our hands and we control its domain. In the volleyball we can not grab or take it and the technique is applicable only with the ball in the air. It seems easy...

To the surprise of many volleyball is one of the most popular sports in our country, with about a hundred thousand followers, and strangely enough, thanks to the children's or youth practice in many of our schools, or the memory of some afternoon shirt playing an endless match, when there still exists.Iacute; at the exchange of serve and in which he won, he was on the court.

As in basketball, rugby, hockey or handball, volleyball has failed to consolidate a world title to focus on the elite. Even so, our team is usually a great animator in the highest category and a rival always respected by all powers.

Over the last 30 years, our volleyball has generated great players such as Castellani, Kantor, Quiroga, Conte, Martinez, Weber, Milinkovik, De Cecco, Uriarte, among many others, with several conquests like that unprecedented third place in the 1982 World Cup played in our country, or with their participations in the Olympic Games, the Pan American Games and since 1996, in the World League.

A separate chapter for the two most recognized leaders who have led these teams: Young Wan Sohn and Julio Velasco, deserving a special recognition for their career.

We must also mention the growth and development of our clubs in a very competitive league. The Bolivar model or the Sanjuanino clubs are in fact one of the most remarkable events of recent times, which have managed to rank our volleyball worldwide. Already in amateur form, countless local and provincial leagues, youth or maxivoley leagues develop silently, accompanying a social movement that enhances discipline.

The truth is that today our team is in Italy, competing for a new World Cup and far from having great stars, with the hand of his DT Julio Velasco, has concentrated all its energy on what should be the basis of any group in formation, good driving, teamwork, the balance between youth and experience, to leave the Argentine volleyball very well.