Two athletes were welcomed with open arms by the institution Tucumán Lawn Tennis Club, where their leaders also reported a news that made every club proud. 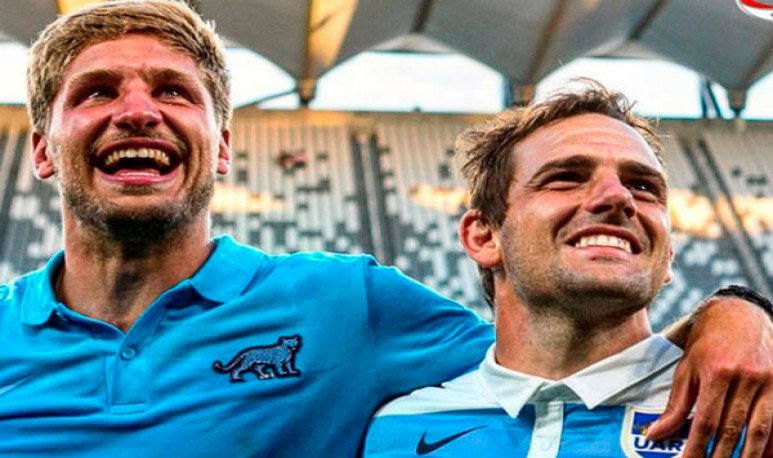 Tucumán Lawn Tennis Club  recognized as Honorary Partner to Tucumano  Nicolás Sánchez    and as Sportsman of the Year to Domingo Miotti  , as part of a tribute which were carried out by the leaders of the club. It should be mentioned that both Pumas scored 51 of the 56 points of the Argentine rugby team in 2020.

The children of the club were greeted with open arms a few days ago. The welcome full of emotions was to be expected. During the  tribute  , Sanchez's professionalism was highlighted as the top scorer against All Blacks in the first victory in history against New Zealand and is the scorer of the Tres Naciones 2020 tournament.

In this sense, when  Sánchez  was received at the Lawn Tennis Club, he told the  Tucumana  press that he felt very good to return to the place where everything began for him, in turn manifested his happiness to be with his friends and surrounded by people who love him. Also, he stressed that it has been a nice tournament that they have carried out as a team, and that despite the adversities and above all the things that have lived lately made the group strengthen, and that is now more united, stressed the tucumano referring to the historic campaign of The Pumas in the Three Nations, where he placed in second place.

For his part,  Domingo Miotti  considered Lawn Tennis to be a family for him, as a second home, and thanked the club's accompaniment at all times. In addition, he recalled that he had not returned for a long time and remeeting his people has been a very nice experience. Recall that former Jaguares had to make his debut with the  Los Pumas  jersey at the Tres Naciones 2020. In this regard, he argued to the local press that while the year started in a very complicated way, it is ending in an incredible way for him, as he fulfilled his long-awaited dream of debuting in Los Pumas. For this reason, he thanked the people who always accompany him, his emotions had to do with the support he has received by those who want it.

Regarding his next dream,  Miotti  said he wants to have an excellent season in Perth (Australia) and of course continue playing in Los Pumas, he told the tucumana press.

In this context, Gregorio García Biagosch recalled that he is in the institution 56 years ago and that this house gave him a life of satisfactions, the club is a home for the Tucumans and stressed that both players Sánchez and Miotti are a pride for the institution. On the other hand, he recalled that next year Tucumán Lawn Tennis Club will be 60 years of rugby, and the celebrations have already been ahead with this deserved distinction to the two players of the club. In turn, he thanked them for the talent, professionalism and for promoting the values that the club and the province gave them abroad.

As if that were not enough, during the feast, full of emotions, the leaders of Lawn Tennis announced that they had received an email from the most important museum in the world, located in London, where they asked the club to send them a Lawn Tennis shirt with Nicolás Sanchez's 10. Of course this message made the whole club proud and they argued that it will be, they will send it to the distinguished museum. In this regard, it should be noted that in this museum there are only Agustín Pichot and Hugo Porta and now will be Nicolás Sánchez, said the club leaders with excitement flor de piel.