The Barrientos brothers, by Comodoro Rivadavia, stepped hard on the fields of big football in Argentina. 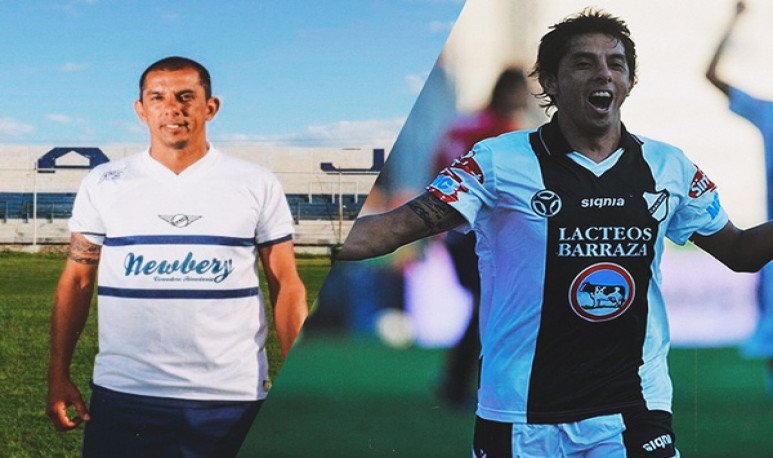 Originally from  Comodoro Rivadavia , the brothers Hugo and Pablo “Pitu” Barrientos are two players with an outstanding career in first division. One more lyrical, the other more rustic, but the two with a strong character, stepped on the fields of Argentine football and left their mark.

Hugo Barrientos started his way in the Jorge Newbery club  in the oil city and then emigrated to the  Commission for Children's Activities  in the same city, in the first times in which the IAC began to make noise in the Patagonian sport.

There he got the promotion to the Argentino B Tournament in 1998. Two years later  he was signed by Atletico de Rafaela  who in the 2000-2001 season had managed to reach the First National B and in 2002 the  Santafesino  group achieved the so longed for promotion to Primera División, although it only lasted a season and returned to the second category of Argentine football.

In 2004 he got the opportunity to be part of the Olympus squad in  Bahía Blanca , which with a lot of effort managed to maintain the category escaping the descent. In the “Aurinegro” lasted a season and  landed at Instituto de Córdoba , where he would suffer the fall of first to Nacional B.

From there he went to the Hurricane of “Turco” Mohamed  and after losing the final due to the rise in a series for the heart attack against San Martín de  San Juan , in 2007 he was one of the architects of the return of the “Globo” to the main category of Argentine football with a celebrated and remembered victory in  Mendoza  against Godoy Cruz.

Stubby in the midfield, Hugo Barrientos wouldn't let anyone pass. He scraped when needed and ordered his companions. For a disencounter with the leadership “Quemera” he terminated contract and returned to the province of Santa Fe. This time to  Newell's Old Boys  from Rosario, where he had no continuity, so he landed in All Boys .

In the cast of Floresta they remember him for more extra-football issues, such as when the antepenultimate date of the 2010 Apertura, after the end of the match between “Albo” and Banfield, hit “Tito” Ramirez a strong elbow and cut off his cheekbone.

Despite these issues, the comodorense's career continued and returned to Hurricane in 2012, although he again had some problems and in a training in 2013 he fought with Matías Defederico and fractured his septum after hit him.

Finally, Hugo ended his career as a player in the club with which he was able to take off flight. In the CAI he became a benchmark, with great performances and even scoring goals, something that was not very common in him. He finally hung up the booties but did not leave the world of football and began to lead. He began taking his first steps in the institution that saw him birth as a player, Jorge Newbery, and currently directs Guillermo Brown of  Puerto Madryn .

One of the interesting things is that, just as Hugo can be referenced with Hurricane, Pablo Barrientos the first image that comes to mind is with the shirt of his rival,  San Lorenzo , institution in which he took three steps.

Like his brother, his beginnings were in Jorge Newbery and later in the CAI of Comodoro. From the hotbed of Patagonian football he emigrated to the club of Boedo and with the hand of “Pipo” Gorosito debuted in the “Cyclone”. Gambeteador, with an exquisite and explosive foot, was gradually gaining a place among the headlines.

After three years he emigrated to Russian football, FC Moscow . It took time to adapt and only a year managed to win a place in the starting eleven.  In 2008 he returned to San Lorenzo , where the title escaped for little and his good performances led him to be summoned by the “Coco” Basile to the National Team.

Unfortunately in early 2009 the crusaders broke and had a long recovery process.That same year FC Moscow, who still owned his pass, sold it to Catania, where he had no continuity and was loaned to Estudiantes de La Plata, where he began to recover the level and months later he returned to the Italian club. His performance was not bad, but Catania fell from the category.

That's when  he had his third step through San Lorenzo, where he managed to get the first — and so far only — Copa Libertadores del “Cyclone” . He played the club world cup and was considered the best player of the semifinal of the contest, where he turned a goal.

Two years later, the “Cuervo” was consecrated champion of the Supercopa Argentina with a great performance by “Pitu”, in what was his most successful step by the Azulgrana entity.

On June 30, Pablo Barrientos was free from Nacional de Uruguay,  where he played the last year, and in Comodoro he began to speculate with the idea that his last matches as a professional will be played in Jorge Newbery, in the Regional Amateur Tournament, although the return of the category andiacute; ace of ascent is quite a unknown.

News in the last time

In April of this year, both were protagonists of a not-so-pleasant news. They were delayed by breaking the quarantine to play a 5 football match at the Jorge Newbery club facilities.

Next to them, there were players and leaders of the club, even the president of the institution himself. Although they were not detained, they were charged for violations of article 205 of the Criminal Code. Bad there, guys.

Beyond some slideshow, some warmth that have grabbed on and off the court, the Barrientos brothers are two benchmarks of comodorense football. They came to Primera División and are a pride of the oil city.