Home People Sports Too much stadium for few events

The indoor stadium Aconcagua Arena, in Mendoza, is one of the largest in the country. However, with few events organized, it does not seem so necessary. 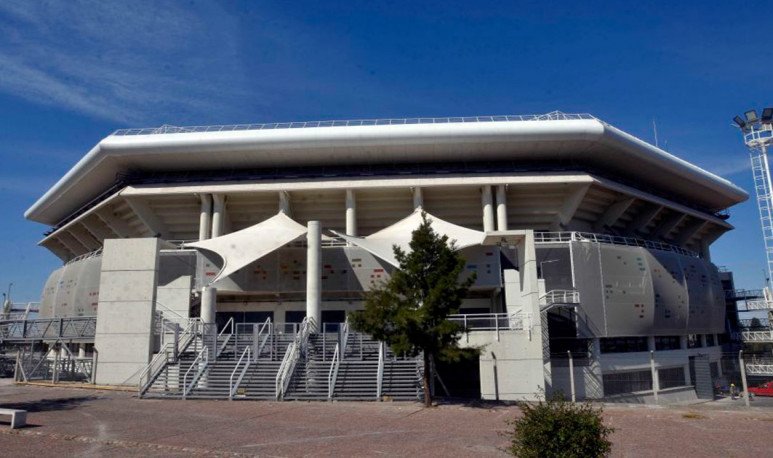 When the construction of an indoor stadium in the provincial sports village was announced, the Mendoza people were happy and proud.  We would have the largest closed  stadium  in the country. However, the few events organized after its inauguration made us see the reality . Such an investment was not justified for so little use.

Ad with drums and cymbals

The officials on duty  announced, in 2014, the construction of the country's largest indoor stadium  with a capacity of 14 thousand people. The tree covered the forest. Reminker. We would have “ the biggest ” in all of Argentina. People got along with the news.

It took 4 years to build. But during that period there were many going back and forth, and a change of management and political color. Thus,  the incoming government in 2015 said that the stadium was poorly built and that they would have to rebuild stands, baths and other parts.

It was finally inaugurated in 2018 and named “Aconcagua Arena”.In fact, the name was put to vote by people via social networks and the current one was the winning name among 3 other options .

The indoor stadium was opened with a sporting show that stood up to the height.  However, the capacity, which, as we said, was initially 14 thousand people, was reduced to 8500 , because of the works that had to be redone. Argentina's  futsal  team faced their pair from Colombia, with the arrival of great figures from that sport worldwide. People filled the stands and, until there, except for the imperatives in its construction, everything was going on with the Aconcagua Arena.

However, days later, the questioning began.  How many sporting events of that size can be organized?How much does it cost to keep it open?And another type of suspicion sowed a blanket of doubts about the stadium that, naturally, began to record very few events .

Shows at the Aconcagua Arena

On July 28, 2018, the match was played  between Argentina and Colombia. The event was made with the work more than 95% advance, with the lack of minor details such as some green spaces and exterior finishes.

Days later  I showed up Soy Luna . The  Disney  series concert was a success, and marked the first performance of an artistic show at the Aconcagua Arena.

Already by 2019,  Marco Antonio Solís made a summoning presentation.The Mexican artist marked the first strong show of the year at the stadium .  In June came the  League of Nations Voley , where Argentina faced Portugal, Bulgaria and Canada.

While, finally, in August,  Cirque du Soleil,  the famous circus company brings its show “OVO”, after more than a year of negotiations with the provincial government for economic conditions.

Located on the grounds of the Malvinas Argentinas Stadium,  General San Martín Park ,  the Provincial Sports Village  consolidates the profile of Mendoza as the venue of major sporting events. The project includes several works and began with the refunctionalization of the Malvinas Argentinas Stadium in 2011 on the occasion of the  Copa América . It continued with the construction of the Provincial Athletics Track of synthetic flooring, which opened hosting 13 countries and nearly 500 athletes, in the  South American Athletics category, in October 2012.

In 2013 the  Mendocino  Field Hockey Stadium was built, and that same year hosted the Pan American Hockey, with the presence of 8 countries, including the selected Argentine Las Leonas.

The construction plan included the refurbishment of the  Velodrome facilities and the construction of 3 tennis courts, located in the western sector of the Mendocino Field Hockey Stadium.

The Aconcagua Arena, despite the few events hosted, has a  total covered area of 23,000 square meters . The playing field has an area of 50 meters long and 36 meters wide.