“Train well, be responsible with rest and feeding. And once on the court, you have to leave everything for the team.” 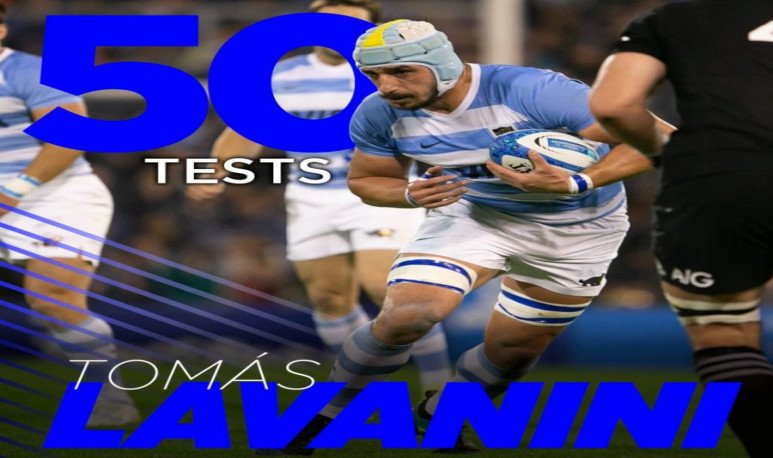 By: Redacción
At the end of the season, Tomás Lavanini will be leaving his mark, when on Saturday he enters the Murrayfield stadium and reaches his 50th test with the Los Pumas jersey. “The feeling of reaching this number of matches is very nice. Since the day I put on my shirt for the first time, I didn't know if I was going to play one, two or more tests, so continuing here is something that is really enjoyed. On the way you have to fulfill the effort and responsibility that means to be in the selected one: train well, be responsible with rest and feeding. And once on the court, you have to leave everything for the team.” Tomas' first match was in April 2013 in Montevideo, against Uruguay. That same year, in August, baptism came against Tier 1 teams, when he played a few minutes against South Africa for the Personal Rugby Championship in Mendoza. “I was told that I had to train with the team. I traveled and played a few minutes. The memory is indelible and very strong. I was in the locker room with a lot of nerves, remembering the hymn with the whole stadium singing and knowing that my family was there in the grandstand.”  I have memories of every moment I had to live with Los Pumas in these years. If I have to choose one, I got the experience that meant the World Cup in England.” Saturday comes the time for a new challenge, along with their 50 matches in the selected one. The 2018 season has two matches left. “While we have to play against Brabarians at the end of the tour, Saturday is the toughest match of the year and the most important because it is the one that closes. Scotland is a team that likes to have the ball and will try to subdue us in maul as happened in the June match. They play very wide and we will have to occupy the spaces on the court well, but above all we have to rely on our system.” Source/Image: UAR

“Argentines are living in the world upside down” Diego Maradona

What were you doing at the age of 10?