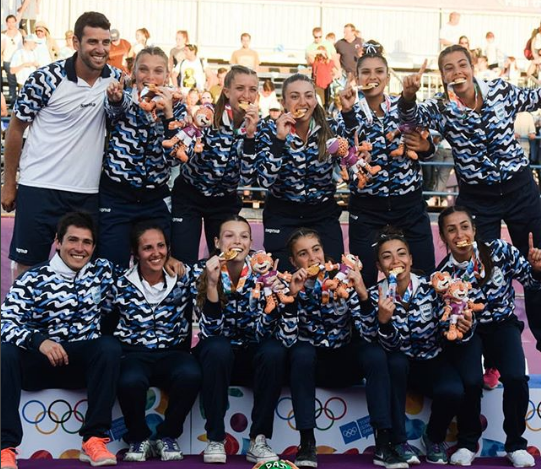 By: tgonzalezbonorino
The Beach Handball team won two medals at the Buenos Aires 2018 Youth Olympic Games: gold for women and bronze for men. The members of both teams made a strong preparation for this event for quite some time, with the objective of obtaining the best result, which they found. This Handball modality is not the most typical in Argentina, even some of the selected participants got to know it thanks to these Youth Games. With many tours and different preparations the boys improved and achieved an enormous result, which is already generating a growth in Beach Handball. What strikes me most is how a Youth Olympic Game generates something similar: they are young boys (many still in school), but because of the sacrifice, for their country and for their sport, they are already a great example. In fact, in their very short career they are already contributing to the growth of a sport, which is perhaps more important than a medal: it not only promotes Argentine sport, but they are also, in some way, helping the country to be a little bigger.

They have a future, but they also have a present

"Our good things outweigh the bad."

A breath worth gold