We need to beat Qatar and get other results. Cut nails again! Let's understand that this is a project and stop suffering even the World Cup. 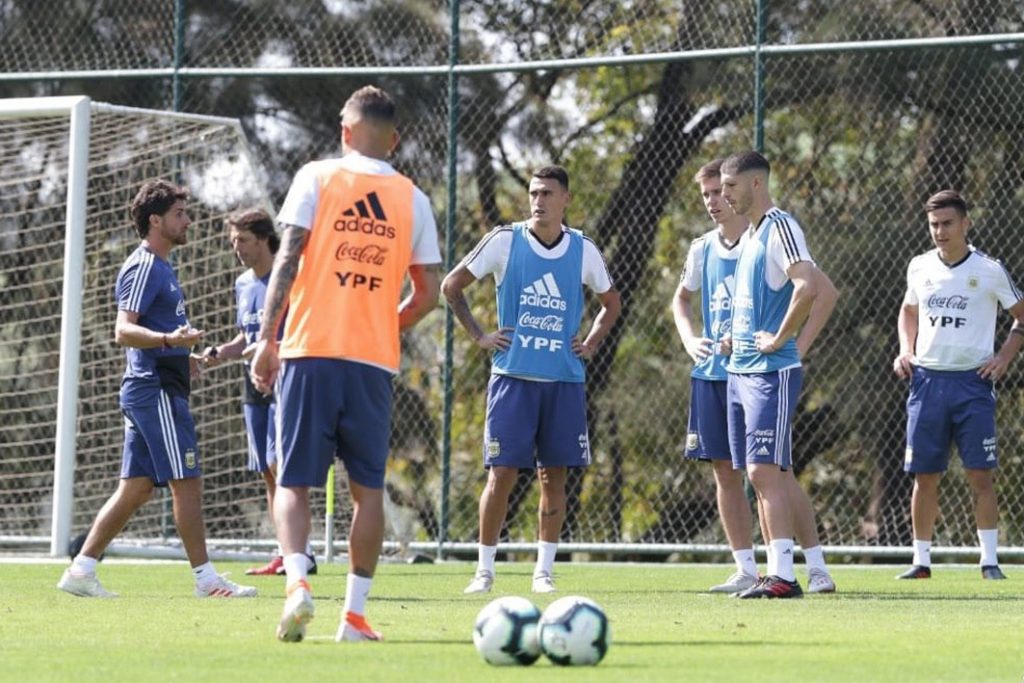 It will not be easy to classify to the second round of the National Team . Even winning does not depend on itself. We're going to cut nails against Qatar...

Once again, we arrived staggering. The U-17 was left out for a distraction, in a fatal second. The girls were left out at the last minute of a game they didn't play. We're getting used to cutting nails. The Major isn't the first time she's been with the rope around her neck, nor will she be the last.

AFA new. New project. New coach. New team. It's a lot. Luckily, it's a long way to go. That would be the World Cup. Of course we want to win everything; and that's fine. But you can't. Let's be adults. Because we look like whimsical babies. We want flan also in football! And the truth that becoming infatuated, does not change the course of things. Wanting it is far from getting it. Things come with work. Conscientious. Consistent. Let's look at the Germans, if not.

Training a Selection is very difficult. You never have them together. You don't have time for them to play together, for them to meet by heart. Times are long; players who understand each other today may not coincide tomorrow. To form a winning group you have to hold it in time. Even if this is not the best time, that base always has to be. Because using the ones that are better at every moment makes them change all the time and never team up. That's what has been done so far and there hasn't been very good results...

Journalists have to fill spaces and say anything. Few ever played football in their lives. Let's not imitate them with stupid opinions. The Selection needs time everywhere. Like it or not. Let's leave the journalists with their speculations, punches, rotten fish, first-fruits, fake first-fruits, not first-fruits...

Scaloni was wrong against Paraguay? Looks like it is. She's young; it's logical. Better now and not 2022. Believe me, since your jogging, you wouldn't handle this group of stars better. It's okay that now the vedettes are few. But there are. And those who must believe a thousand to dress the albiceleste, we do not know. Suma Di Maria? Experience, sure. Football? Oh, nothing. Mr. Otamendi? Idem. On top of that, she looks like Carmen Barbieri, with that ridiculous hair. I imagine a lot won't impose on the rivals. Do you have to add experience to the group? No doubt. Perhaps the experienced ones should have been others. The team progressed? From the results, yes; from the game, no. We'll have to get better.


To cut nails against Qatar. To light candles so that the results we need to pass are given. And to bank it. There's a lot of positive change starting. Let's not screw up with our usual ballistic result. Let's change. For our own good.