Home People Sports This Cathedral is not for praying

Mendoza is home to one of the most important racetracks in western Argentina. It is known as “The Cathedral”. We tell you their story and important events. 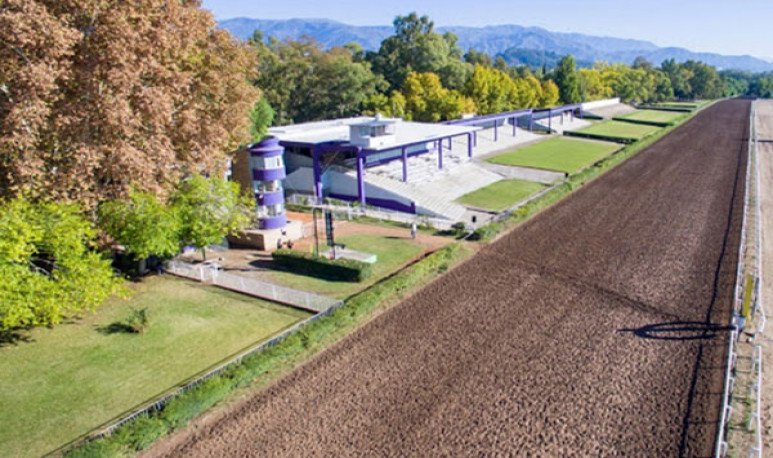 On the southwest of  Gran Mendoza , a vast land with a ring of sand, stands, betting rooms and pens stands out, imposing, between mountains and avenues.  It is the Mendoza Racecourse, our historic “Cathedral”.

Inaugurated on  May 29, 1949, the Mendoza Racecourse, also called “La Catedral”, is one of the most important in western Argentina . Given their antiquity, many of its buildings have a significant value in terms of the historical and heritage contribution of the facilities.

The  Patron Saint Santiago   is the most important horse race in the interior.  He surpasses the most traditional races in each place and, in addition, drags a special mystique.  The proposal is really top, with big poster horses and the addition of a block of those that make history  that give a different touch to the big party and that speaks clearly of the growth, without breaks, of the modern Cathedral.

The day is lived in full.  Whole families, friends and solitary gamblers attend the Racecourse early on. Some, nervous and focused, await the starting shot.  Others, relaxed, bet some shillings and devote themselves to the color of the event. They buy a chori, something to drink, install the lounger and wait for the afternoon to go together.

After its  remodeling and refunctionalization, the Cathedral is new. With a specific budget that the Provincial Institute of Games and Casinos (IPJYC)   allocated after many years to the racetrack, it had major remodeling in recent years  , with new toilets, removal and painting of each grandstand and with the modern plastic railings.

In recent years, and through the different management policies, a project has been carried out to renovate and refunctionalize part of the facilities of the Mendoza Racecourse, thus working on new systems of railings, building restoration,   health and adequacy of administrative offices.  The latter allows a better functioning of the  turfistic  activities carried out there.

In this regard, tasks related to the  new PVC railings system for the central oval were carried out. In addition, the toilets were remodeled and the muraria restoration of the buildings and grandstands of the racecourse and their subsequent painting was carried out.  The latter are of great importance, since some buildings in La Catedral date from their inauguration on May 29, 1949, so it is important to highlight, with these works, the historical and heritage value of the facilities.

Pixar, the boss of the Cathedral

Pixar was the most important horse to gallop the sands of the Mendoza Racecourse. He twice inscribed his name on the list of winners  of the most important race in western Argentina: the classic Santo Patrono Santiago (2014 and 2015). For those years he knew how to fall in love with the whole audience. People attended only to see Pixar complete the lap and take advantage of the rest.

In addition, the stud zaino La Tabanera accumulated great triumphs in the different classics of Mendoza (Apertura, Harvest, 25 de Mayo) and also in the interior of the country, as in 2015, when he stayed with the Jorge Laffue Grand Prix and that same year he raised the cup in the San Jeró Clásiconimo, in  Cordoba.