The national cast beat 2-1 to the trasandino team, And so we finished Third. Goals by Dybala and Lo Celso. Messi was ridiculously expelled. 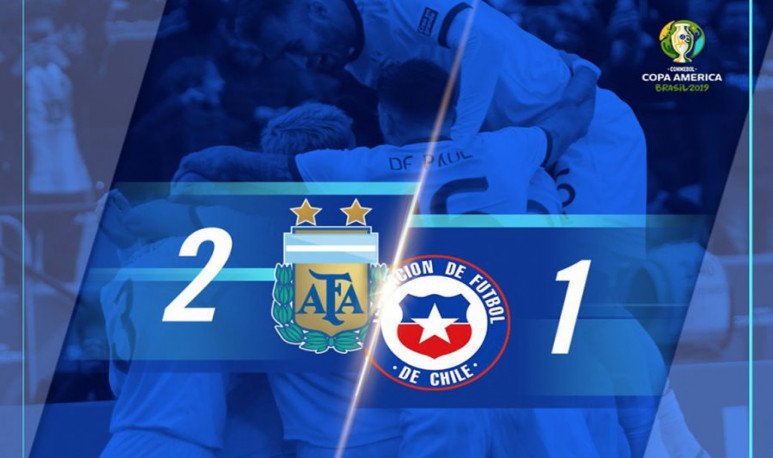 We finished Third, after the  robbery  we suffered against Brazil. And another more than suspicious arbitration against Chile.

The first ten minutes of the match had shared ball possession. But Lionel Messi went ahead of everyone at 12 minutes and attended Sergio Agüero, the result of a foul in the middle of the court. For the 9 albiceleste gambetete Chilean goalkeeper Gabriel Arias and score the first Argentine goal.

At 21', in the meantime, Giovani Lo Celso combined with Paulo Dybala. He put together a sensational play, with great speed and stung the ball at Arias. 2-0 from Argentina over Chile.

Then the match remained even and without too much danger to the bows. However, tension rose when referee Mario Diaz de Vivar (at 40') decided, in a controversial decision, to expel Lionel Messi and Gary Medel. After a crossing of the protagonists on the Chilean finish line.

The plugin started with intensity

At 13 minutes, Arturo Vidal discounted from the penalty point. After a foul by Giovani Lo Celso to Charles Aránguiz on the edge of the penalty area. Afterwards, the Albiceleste became the owner of number 5 and sought offensive. In a close epilogue and without important actions. Except for one shot from the Kun Agüero that was diverted.

With great justice, the Argentine National Team beat Chile 2-1. And he got third place in the Copa America.