After falling in the debut against Italy, the Youth Men's Foil Team defeated Canada, Belgium and Poland 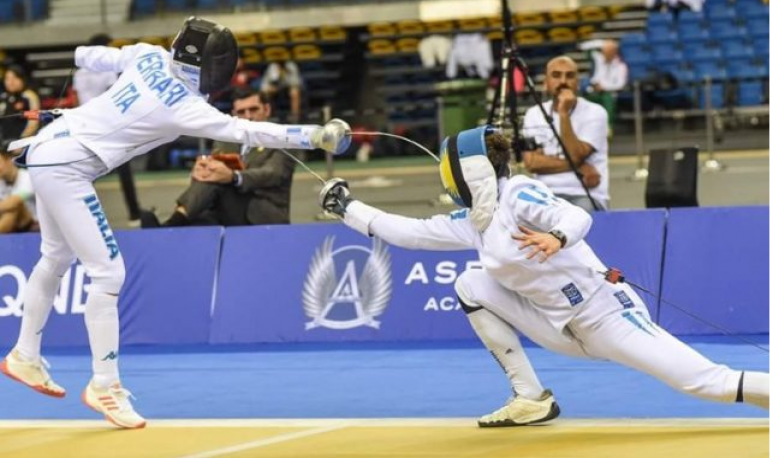 After falling into the debut against Italy, the Men's Youth Foil Team defeated Canada, Belgium and Poland (European runner-up), placing in 9th place of the World Cup in Sabadell, Spain. Nicolás Marino, Augusto Servello, Luca Delprato and Matías Krivoy, the protagonists of the excellent performance.

On Saturday 16, the individual event of the 2019 Men's Foil World Cup was played in Sabadell, Spain, where the highlight was given by Augusto Servello, who reached the table of 64 and said goodbye in the 62nd place out of 118 shooters. However, the best of the albiceleste quartet would come the next day, In the table of 16 they faced ITALY which defeated them 45 to 37 with a

servello arbitration, Nicolás Marino, Luca Delprato and Matías Krivoy debuted in the table of 16, where they narrowly lost 45-37 against Italy ( bronze). With this fall, they were relegated to fight for 9th to 16th places. From there, the national quartet was relentless, defeating Canada 45-28, Belgium 45-25, and finally 45-41, European runner-up Poland.

Sachets of sugar from around the world