Home People Sports The Ushuaian who triumphs in lounge hockey

Josefina Castañeda Paz is one of the best players in the indoor hockey variant. 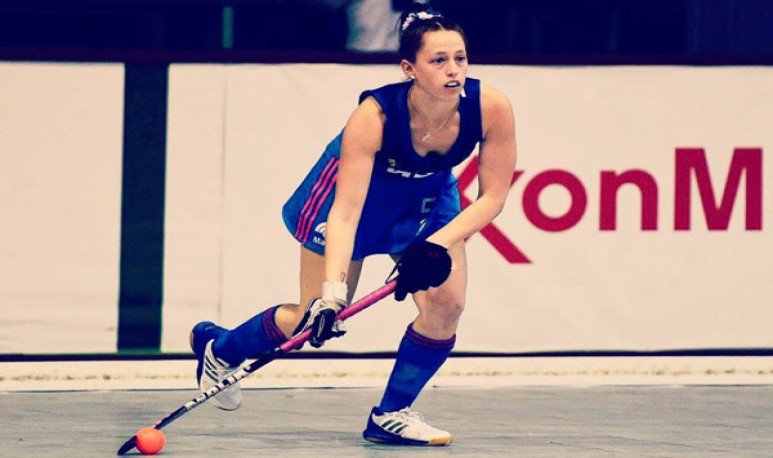 Indoor hockey is one of the derivatives of  field hockey  . The constant transition from defense to attack, hard surface and reduction of spaces and equipment make  this variant of hockey much more dynamic . We present to the fueguina  Josefina Castañeda Paz, alias “Jota”, one of the best in the discipline.

Jota was born 26 years ago and has lived in  Ushuaia for 25 years. Like her four brothers, Josefina went to several schools within the city.  The one who started her in the sport was the Colegio del Sur,  where she took her first steps as a hockey player. Previously,  Jota's mom sent her to do artistic gymnastics and handball,  because she was a very restless girl. Although Josefina's father passed away,  she and her brothers both inherited the team spirit values she instilled in them .

The  love for hockey was born from being a player of the Ushuaia Rugby club . This place is Jota's second home, who also thanks the Colegio del Sur for having accompanied her in her first steps. The time  when he realized that he could professionalize in the sport was at 13 and from the trips he made with the club.  Some of those he remembers are El Chaltén, Calafate and Seven del Fin del Mundo; and is that  in  Tierra del Fuego  the sport was unprofessionalized, until they saw the potential they havewere some teams and the fueguino team was assembled . What marked the most of that time was the dedication of the coaches and the  need to have rubbing to improve.

As soon as his position on the court, he indicates that he barely started it was front, but then  in the selected one he turned to the defense with projection to attack: “I was very bad, I did not understand anything defending, but then I got used to it and now I love it”, he commentedoacute; to a Ushuaian medium. In addition , Jota points out that having played in several positions, they all feel comfortable , although she prefers to be a defender: “It is a more thinking position in saloon hockey, the move is armed from below.”

As the first professional recognition,  the player emphasizes that it was an immense joy that they call her 14 years for the Nobel selected Fueguino.  The recognitions continued to happen, as  the following year she was summoned to the Argentine team of Hall Hockey.  With only 15 years, his experience in the starting team of the sub 19 team gave him enormous joy. The selected not only had Jota's fueguine presence, but  a large part of the fueguino squad was summoned there . “Barilochenses, Fueguinos and Sanjuaninos, are the ones who have the most tradition of salon hockey,” says Jota.

At the end of high school,  the young woman emigrated to Buenos Aires to continue training at the CENARD  (National Center for High Performance Sports). However, political issues within the Hockey Federation,  caused the saloon to cease to exist.  To continue playing indoor, Jota returned to Tierra del Fuego and  then went to Bariloche, where he finished his physical education career in just 4 years  . His team there was Los Pehuenes and sighs with relief not having to face the club of his loves, Rugby Club de Ushuaia.

Currently, he  says that he returned to Buenos Aires, where he studied medicine.  In the capital he went to field hockey to grab more competition, although he clarifies that his fanaticism is for indoor hockey. Last year he played for Universidad Católica, but  is still signed by Rugby Club de Ushuaia, to compete in the national tournament.

As a structural criticism, Jota points out that “ the field hockey is not given a lot of ball nationally. They are very resultadistic  and it is the other way around what you think: you are not given support for the results. If there was input support, there would be better results.”