Meet Nicolino Felipe Locche, better known as “El Untouchable”: one of the best boxers in the history of our country. 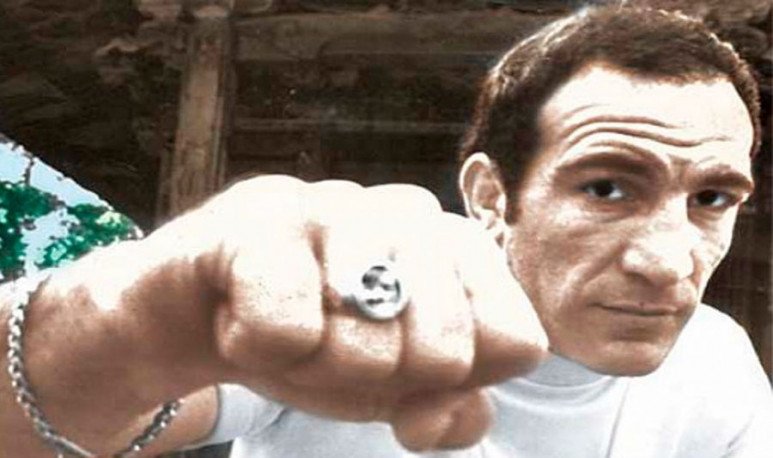 Nicolino Felipe Locche , better known as “El Untouchable”, has a peculiarity that only real greats have: his fame transcends the world of boxing and is admired and recognized even by those who are not sports lovers. He was born in  Tunuyan , Mendoza, in 1939 and became  world champion of the superlight category  in 1968, defeating Takeshi Fuji in Tokyo (difficult square if any). He knew how to retain the title until 1972.

But why is he so recognized outside boxing? First of all, he is not minor, he is considered one of the best Argentine boxers of  all time  (perhaps surpassed only by  Carlos Monzón ). In fact, in 2003 he was incorporated into the  International Boxing Hall of Fame . But, and here is the important thing, is undoubtedly the boxer with  the best defensive skills in history  (some say he shares the podium with Australian Young Griffo).

And, before we go on, let's stop for a second in this detail. Let us not only think about the aesthetic beauty that brings to a sport as crude as boxing the fact that a boxer establishes as the main strategy the fact of not being hit. Let's also think about the conceptual breakdown that this implies, in the paradigm shift between “going out to eat the rival” and “beat him with few but precise strokes, weakening it every second every pass.” A kind of Aikido sui generis, where what matters is to use  the opponent's energy against him .

The birth of the “Untouchable”

Thanks to this ability, Locche was called “the untouchable.”  He was the first Argentine boxer to bring women's audience to their battles : Locche was a total show, it was a kind of showman of the ring. Locche did not dance, did not jump, avoided the blow of his rivals putting his face less than fifty centimeters from the opponent. He leaned against the ropes so he could use them as elastics that allowed him to go back and forth and moved the torso as if it were separated from the head, making it almost never getting hit. An advance.  A different one .

One last anecdote: to the coverage of the fight in  Japan  that would end up consecrating him world champion, Radio Rivadavia had sent Cacho Fontana. Staying at the same hotel, the morning before the fight, Locche found Fontana working on the broadcasting closing speech. Very professional as throughout his career, Fontana had written one in case of victory and another in case of defeat. Finding out what he was doing, Locche took out the defeat speech and broke it into a thousand pieces. “You're not going to need it,” he said.  I was right.