Santiago del Estero is preparing to receive the Copa América 2021, and the Estadio Único Madre de Ciudades continues with the works on its premises. How do the Tucumans observe these advances? 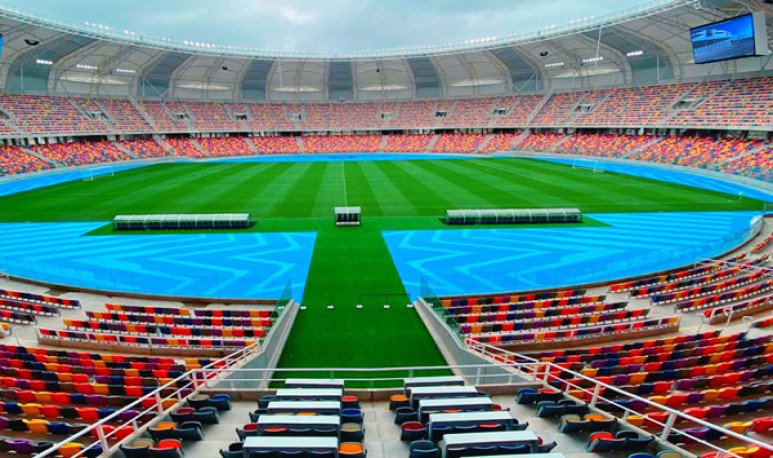 The imposing  Estadio Único Madre de Ciudades   de Santiago del Estero  is preparing to receive the Copa América next year. It was also confirmed that the Argentine National Team will face Uruguay in March 2021. Although the pandemic has paralyzed several sectors in different parts of the country, the works of the santiagueño stadium have progressed steadily during 2020, and in recent weeks there have been some progress in its facilities, such as the Interactive Museum sector.

In addition, progress was made in the works of a restaurant and a preferential entrance hall facing the  Carretero Bridge . As for the Museum, you can enjoy historical moments of Argentine football through LED screens. It will be a walking space surrounded by state-of-the-art technology.

The Stadium will have a capacity for 30,000 spectators, where places for the public will be covered by a roof composed of a metal frame and a high-quality PVC membrane. In addition, it has a vip stadium, another intended for the press, high and low stalls, popular in headboards and twenty-two boxes. Also four changing rooms, rooms for journalists, conference auditorium, nursing, under the podium have fully covered parking lots, among other details.

Regarding lighting, the  Estadio Único Madre de Ciudades  has 192 LED spotlights of 1500 W and is able to be programmed lighting in different colors throughout the field depending on the events that will be held on this site. Two giant screens will also be placed above the grandstands and behind the arches.

Envy of the good?

To the news about this magnificent work and its progress, of course the Tucumans reacted instantly and demonstrated through their social networks, and even the local press showed a kind of envy perhaps of the good in one of their titles: “El Estadio de Santiago que hurts” and some netizens called on the provincial government why the Tucumans do not have such a stadium. Others argued that both San Martín and Atletico Tucumán do not need to have a stadium since they have their courts in perfect condition and all that matters is the passion that is felt when their players leave to perspirate the  T-shirt .

But, if we go back to the 70, when the venues were chosen for the World Cup that was organized in Argentina, they arranged as hosts of the tournament in four provinces of the interior and Buenos Aires.At that time, in Tucumán, work had begun on a world chamber-world stadium, which was left in nowhere because only the earthmoving was made, and then the work was paralyzed and the abandoned property known as “La hoya”, which now belongs to the Municipality of Yerba Buena.

The  Tucumans  do not forget that the World Cup was played in Rosario, Mar del Plata, Mendoza and Córdoba, and never in Tucumán, and in each of these provinces new stadiums were built with an idy structure.which was to be carried out in Tucumán, except Rosario, which was completely remodeled. But let's also remember that, when Argentina organized a U-20 World Cup in 2001, the Martearena Stadium was built in Salta, which also served for the Copa America in 2011.

Now, with the  Estadio Único Madres de Ciudades  that will be the scene of the Copa America 2021, the news fell like a dagger to the heart of the Tucumanos when they found out, but at this point perhaps that not so good envy is evaporating to some extent because, if before the Tucumans watched the matches on TV, now they can enjoy them at the stadium, as they are a step away from the neighboring province.