Learn more about Marcela “La Tigresa” Acuña, a legend inside and outside the ring. Its beginnings and achievements in a man-run environment.

That Argentina is  sexist  (the world in general is, but in Ser Argentino we are always interested mainly in what is happening  in our country ) no longer has almost no discussion. And one of the symbolic aspects in which it is most noticeable is the recognition that outstanding personalities receive  depending on whether they are male or  female  . This phenomenon occurs, especially, within the world  of sports . We have among our compatriots true legends from each of their disciplines and we don't usually honor them as they deserve. From these pages, with the series of notes that we are publishing about heroines of women's sport we may begin, little by little, to compensate for the error. In this case, let's talk about  Marcela “La Tigresa” Acuna.

A legend of the box: Marcela “La Tigresa” Acuña

The mother of “ La Tigresa ” wanted me to be a  dancer , but Marcela was never interested. At age seven he was already training  boxing   systematically . Her first coach (Ramón Chaparro) would become, over the years, her husband. 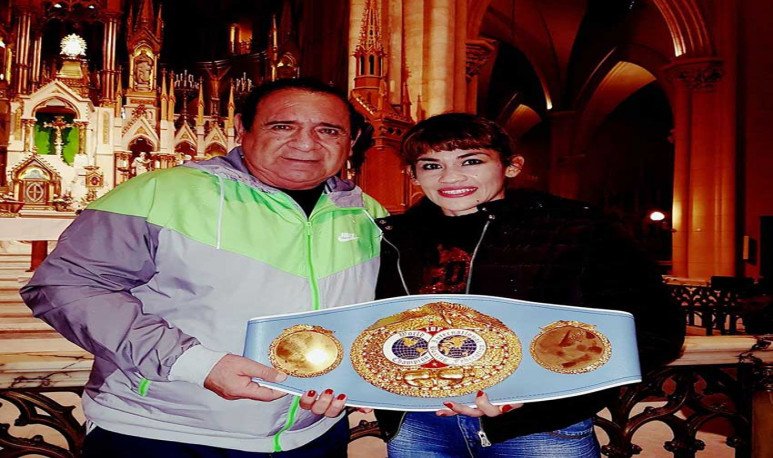 He won the world titles of  featherweight and superbantweight . But his real record is another. Like most women's athletes (it is proven, for example, in football), in addition to standing out in their respective disciplines,  it has had to break through in terms of rights . And at this point La Tigresa has a very important record: on April 28, 2001 she faced Jamillia Lawrence in Buenos Aires in what would be the  first professional women's boxing fight in our country.  winning the  first world title won by an Argentine boxer:  she became the carrier of the supergallo category belt.

A little known fact that is essential to understand her performance and technique is that, in addition to boxing, as a girl  “La Tigresa” she studied martial arts , reaching Karate's black belt at the age of twelve and becoming a  South American champion of her category.iacute; at fourteen . She retained the title for more than four years and stopped training when she became pregnant. After being prepared to return to the activity, he decides to make the leap.  He's not going on with the Karate. She'll be a full-time boxer.

On January 19, 2002 another historical fact is given: for the first time in the history of our country a national women's boxing title is held. The Tigress beat “La Leona” by KO Patricia Quirico  at 15 seconds of the first round.

Finally, two details that mark the size of his greatness: a race at the Palermo racecourse is named after him (honor he shares with  Horacio Accavallo and Locomotora Castro , among others) and in 2010 won the Diploma of Merit of the Konex Awards in the category  “best boxers of the decade” , prevailing in front of his male colleagues. What is said, a winner in every way.