Walter Ezequiel Matthysse, the “Terrible Child”, a promise from the Argentine box. 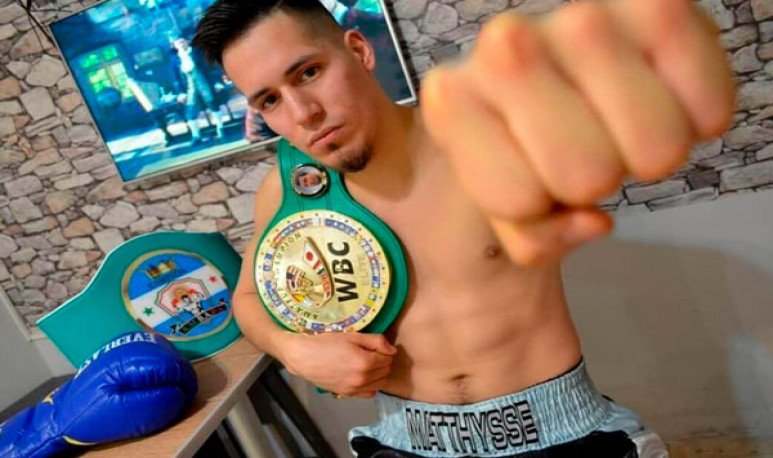 The surname  Matthysse  is an unavoidable surname of Argentine  boxing   in recent decades. Walter, Lucas, Soledad have shone in the quadrilaterals across the country and also had their international chance. Now it's time for  Walter Ezekiel, the “Terrible Child.”

Born in  Trelew ,  Chubut  , long before becoming a promise of pugilism, the “Niñ o Terrible” became known for a viral video that has him and his father as the protagonist, although only the young man appears on stage.

The video, which  had hundreds of thousands of views on Youtube ,  has him sleeping and a person filming it. Moments later he drops a jet of water to wake him up. “Dad, hey, fool!“, and there it was confirmed that Walter was the protagonist of the joke. But the video didn't end there and the boy got out of bed to the cry of “'don't you see I have new underpants? Go on!“.

The video was a furor , and even remix was made from the situation. What no one imagined — perhaps only those who know that the surname Matthysse is linked to the box — was that the kid that received the jet of water would become years later a prominent international player.

A family dedicated to boxing

The surname speaks for itself. His father Walter came to fight for the FIB welter title. His record marks a race with 32 fights. 26 wins (25 of them by knock out), 5 losses and  an undecided fight , the remembered fight against Roberto Reuque that was suspended at the end of the second round because both began to assault each other.

Lucas, his uncle, was WBC interim superlight world champion and also reigned as a welter in the WBA. He played 43 fights: he won 38 of them (36 before the end), 5 defeats and two without decision. His last match was against Manny Pacquiao, when he was defeated by knock out in the seventh round.

Soledad, his aunt, was a double world champion and has a record of 16 wins, 11 losses and a draw.

Mario, his grandfather, also had his tour in the ring. Those who watched him boxing say he was a fearless pugil that was encouraged to everyone, from  “Locomotive” Castro  to “Pipino” Abeldaño. He concluded his career with 38 wins (18 by knock out), 13 losses and 7 draws in 58 fights.

Even her grandmother Doris had her fleeting step in the ring. In a provincial tournament there was a missing competitor and Doris, who had never competed practiced the sport, was encouraged to participate, and ended up winning the Chubutense championship.

Walter Ezequiel Matthysse was born on July 8, 1988. He has boxing in his blood and since he began to practice the sport following the family legacy. Mario Narváez — another surname that is synonymous with box in Chubut— began to form it at age 8.

At 14 he made his debut with a win on the fast track and began his extensive successful journey.

He was regional and provincial champion, and in 2018 he confirmed that it is serious when he became amateur world champion of the Box World Council in the category up to 75 kilos. He has a record of 63 fights. He won 59 times (30 by knock out), fell in 3 and recorded a draw.

Together with his uncle Lucas, he had a step through the United States that led him to meet — and gaunt— great references of international pugilism. He was under Roberto Garcia's orders and met Oscar De la Hoya.

Fogueado and being a hope for Argentine boxing signed his contract with Sampson Boxing and Tello Box and is ready to make his professional debut.

It will be October 24 in São Paulo, Brazil, at an international evening where Matthyse legacy will continue to build its history.