It's time to talk about the TCera Mass. 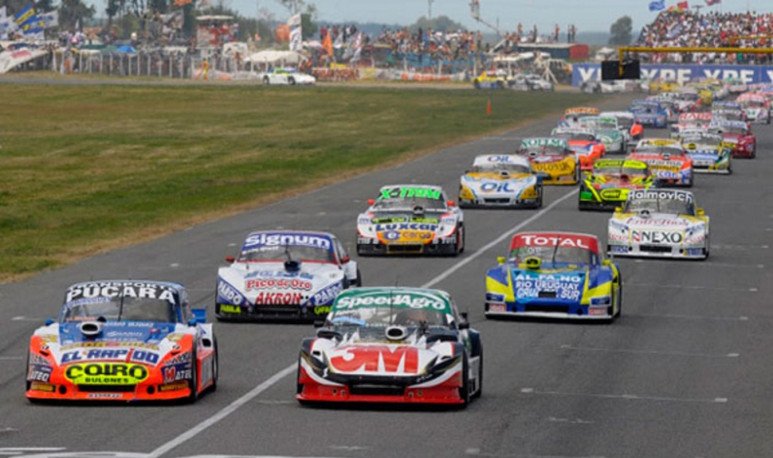 You read it right: it's time to talk about the TCera Mass.

If you're not from here and at some point you visit Argentina, I want you to know that there are two kinds of masses that have nothing to do with the religion of the evangelical apostolic church. One is known as the “Misa ricotera” which corresponds to the followers of the  Indian rock band Solari . The other is the “tcera mass.” The latter is today's theme.

I don't understand much about cars, but I'm a CT fan. I repeat: I don't understand ANYTHING about  cars , but I'm a CT fan. How can it be? I am not able to value a good engine, I do not know anything about preparation for competition, I do not understand when a maneuver is a genius and when an unnecessary recklessness. So how can you be a  fan  of something without understanding it in the least? Because I was lucky enough to cover a date to make a chronicle. And the best way to dazzle with something is to blow him in, not knowing anything, like when we fall in love with someone, like when we have a child, like when we read a book by an author we didn't know and when we finish it we're a different person.

A nice surprise that I took to know this discipline is that when a car treads the corners, the white and black lines that look like a pedestrian, in the jargon of the fierros they are called “stepping on the keyboard”. It's nothing brilliant. It's just a tender, playful, almost children's detail. But I loved it.

Let's go back to the CT. I went to cover the date and I didn't understand anything about what was going on inside the track, in fact I don't even remember who won. But the important thing, there I realized, it was going outside. First point: the race lasts 72 hours. It begins to be born on Friday afternoon and ends on Sunday night. I mean, not the race. The “phenomenon,” let's say it like that. Entire families go camping in the vicinity of the circuit, the grills are lit on Friday and turn off on Sunday. They drink rich drinks, but no one gets upset. People are a fan of their team (also there I discovered that while the biggest ones are  Ford  and  Chevrolet , they're not the only ones) but live with the rest.

I found out there, too, that the best autodromo in Buenos Aires is that of the Galvez brothers. I mean Oscar Alfredo and his younger brother, Juan. Both were motorsport drivers and won five titles and more than 40 consecutive wins. Another detail, perhaps nostalgic and familiar, that conquered me. At the TC everyone knows these names and sketches them with a friendly smile as if they eat roast with the Gálvez every Sunday.

But what really ended up falling in love with this event is that many of the attendees, who went with t-shirts and flags of their colors, were also not very attentive to the race. They were spending a weekend with their families and friends, listening to music, dancing and eating. They were in a very difficult communion to explain for those who are on the other side of those doors.

There is a lot of talk about the ricotera mass (which also touches me, but it is a topic for another column). I think it's time to talk about the TCera Mass. Because both the fierros and the music of Los Redondos share a mystique for those who enjoy it. And this shared party does not last only what the recital or the race lasts, but it starts with the preparation in the previous hours, passes through the joy of the meantime and ends in a euphoria that lasts for days. And, of course, both masses can not be explained: they breathe, feel and live.