The first River golden age in history ends. They go on tour in Europe and become the first Argentine team to win in England. 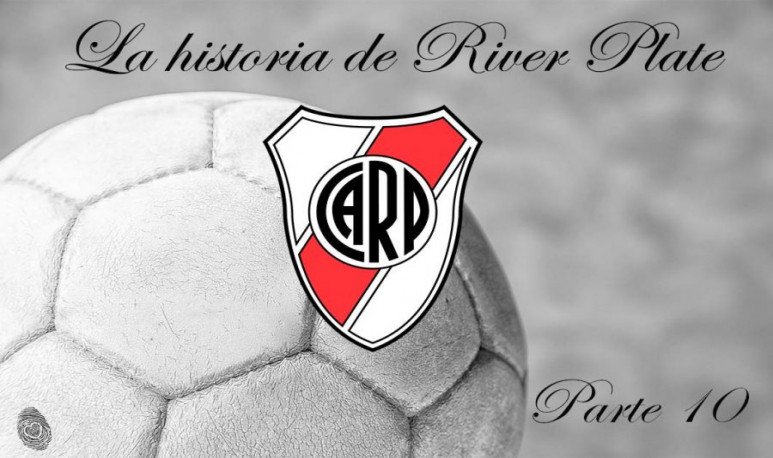 And so we arrived, dear (at this point fans) from our section dedicated to the history of Argentine clubs, to the 10 installment of  the history of River Plate  (you can read the previous ones by clicking on the links you will find at the end).

We're in the 1950s. River  is already recognized worldwide  thanks to the titles, but also to the football revolution that involved the “Machine” (among others, the first team without structured roles, which later coaches like Cruyff or as Van Gaal would immortalize with the name “  total football  ”).

But, as we said, the 1950s starts with the team decimated by the  massive exodus to Colombian football . They finish fourth in the 50th tournament (which by the standards River was used to is a bad position), but not all are bad news. In the middle of the year they hired the striker (at that time he was called “centroforward”, today we would say “area 9”) Uruguayan  Walter Gomez , who would end up being the star of the team. Despite this, in 51 things don't work out quite well and end third parties. The  scorer  is  Santiago Vernazza .

Before the end of the year the team went on tour in  Europe  for the first time (they had already gone, but to play a single match). On this occasion they play a lot: 14, of which  they win 7, draw 6 and lose only the first , who for organizational errors play at 4 hours after having arrived in Spain (imagine those legs after such a trip). On the tour  they beat Madrid at  Bernabeu   and  Manchester City on  Maine Road   (stadium used “the citizens” until 2003). River, without having proposed it, had just broken a new record:  for the first time in history an Argentine team won an official match in England.  But, above all, they had just seen something that would change the way South Americans looked at football: we were up to any demand. We could beat the monsters.  We Argentines had a football of world excellence .

If you want to read the previous deliveries you can do so in the following links:
Part One (The beginning of everything)
Part Two (First title and start of the relationship with the National team)
Part Three (First title in the professional era)
Part 4 (River wins the first superclassic in the professional era)
Fifth Part (Monumental inaugurates)
Sixth Part (Start to assemble “The Machine”)
Part 7 (“The Machine” starts to win all)
Part 8: (“The Machine” is disarmed)
Part 9: (End one of the most glorious decades in River history)