River faces one of the worst moments in its history: football drought and the greatest tragedy in the history of Argentine football. 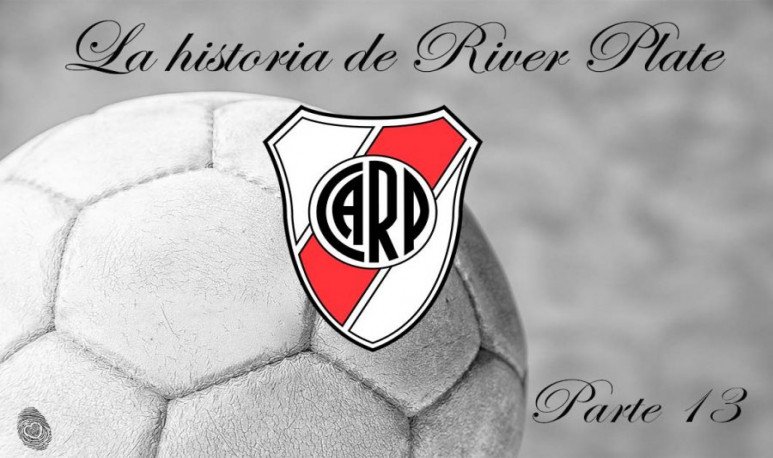 And so we come, because in life everything is ups and downs, at the moment that many scholars of the subject mention as  the worst period in the history of the Club Atlético River Plate  (along with the other, the one that everyone is thinking, that we will see when we reach 2011).

It coincides, because we don't have to believe in witches but there are witches, with the  shocking failure of the Argentine national team in the Sweden World Cup in  1958  . River was  sixth  in the championship (being the worst place in its history so far),  repeating the same position in 59  . The crisis already showed that he had come to stay. To top it off, on October 12, 1959 he played with the Millionaire shirt for the last time one of his greatest idols in history: Angel Labruna.  He scored 542  goals   (16 to Boca, being to this day the top scorer in the history of the superclassics).  He also left 17 goals to the national team.

Although he had huge players ( Ermindo Onega, Délem, Luis Artime and Oscar More,  for example), in the 1960s River won nothing (the drought would last a little longer: 18 long years  ). He went second on more than one chance (one of the most remembered is the penalty that hit Rome against Délem in 62 and the triangular tiebreaker he lost in 68 against Velez, who would win the title for the first time in his history).

But without a doubt one of the saddest moments in the history of the club took place in 1966. River, without having left the local champion, had entered the Libertadores square. He advanced in the Cup and reached the final, whose tiebreaker match was played  in Chile against  Peñarol  . The first half ended 2-0 in favor of Millo. But in the second half, the charrua claw appeared and the Coalman tied it. In the time added it won Peñarol 4-2.  That day the nickname “chickens” would be born.

Malaria doesn't end there (so they can see that it's not a mess about witches). In the 1969 superclassic, the  greatest tragedy of Argentine football occurred at the Monumental.  It is still not known why (it will never be known) a human avalanche occurred at the access door number 12 that took the lives of  71 people  . At the end of that year Carrizo would retire, which next to door 12 is nothing, but it was also a difficult blow to face for the club ( still today he holds the record for more matches played with the band: 520 ).

In  1971  a balm appeared for such misfortune. At 18 years of age he debuted in first  Norberto “El Beto” Alonso . The storm was happening.

If you want to read the previous installments you can do it in the following links:
First Part (The beginning of everything)
Second Part (First title and start of the relationship with the National Team)
Part Three (First title in the professional era)
Part Four (River wins the first superclassic in the era Professional)
Part 5 (The Monumental opens)
Part 6 (The Machine begins to assemble)
Part Seventh (“The Machine” begins to win everything)
Part Eighth (“The Machine” is disarmed)
Part 9 (One of the most glorious decades in River history ends)
Part 10 (First Argentine team ever to win in England)
Eleventh Part (River reborn from its ashes and shapes “La Maquinita”)
Twelfth Part (Towards total hegemony)