1957, an unforgettable year for River: first three-time champion of the club, first Argentine to wear the Juventus shirt and transformation of the “Monumental”. 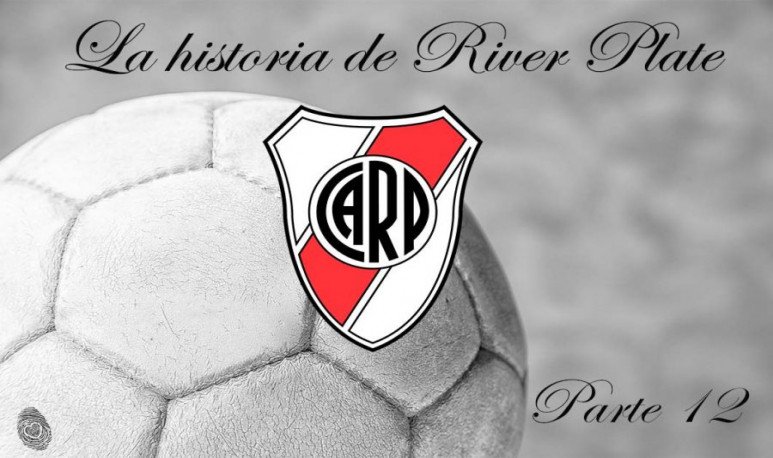 In '57, with  “La Maquinita”  in full operation, River faces two historic moments. First of all, winning the championship (which he ended up achieving)  would be the first three-time champion in the history of the club  (an achievement that neither “La Máquina” had been able to achieve).

And here we take the opportunity to make a break, because it is a topic that is still discussed among scholars. The thing is like this: in the records of AFA the 1936 Gold Cup  has entity of “championship” , but in fact  it was a one-match final (a kind of Recopa of our days, which play the winner of the Argentine Cup and the champion of the Superliga). So, if we took that title as “championship”, River would have achieved it by 1937. But my vote goes with those who say that a match has no championship entity, so I prefer to say that the first three-time championship in history is 1955, 56 and 57. But you draw your conclusions.

We said in the previous installment (see all those that were already published in the links at the end of this note) that 57 came with great changes not only for the team but also for the institution. First,  Sívori broke her in the national team at the South American Championship (now  Copa América ) that was played in Lima . Juventus had sent observers to investigate if there were any interesting players to take away. They made an offer to the leadership before the Cup ends. 10 million pesos. It was a lot of money.  At the end of 1957 for the first time in history an Argentine player wore the shirt of the vecchia signora.

The first thing they think from the presidency is to buy some jewel to occupy the empty space left by Sívori. But  Enrique Pardo , president of the time (he would be until 1959, when he would be replaced by  Antonio Vespucio Liberti , do you think?) has another idea.  They will close the “horseshoe”  (name with which the Monumental was known at the time) to assemble an oval that surrounds the entire playing field. The result  is the construction of the gallery Colonia, which would eventually be called Admiral Brown and today has the name, coincidentally, of Enrique Omar Sívori ).

There is another big fall in 57:  Vernazza will accompany Walter Gómez to Palermo , which causes “La Maquinita” to lose its two top figures. So they all achieve the aforementioned three-time peonato with another record: 75 goals for and 34 against. Labruna, 39 years old, made 13. The scorer was Zarate with 22.

One detail of color: at that time, those who won three consecutive titles or five alternating lathes in a decade won the   Eva Perón Gold Cup . River achieved it in 1957, achieving both goals at the same time.

But in the emblematic 1957, another cycle was also celebrated:  25 years of Labruna in the club and 20 years of first debut . A tribute match was organized against Peñarol, which was invited to the lead of “La Máquina”: Loustau was still playing in River (it would be his last year) and  Muñoz, Moreno and Pedernera traveled especially.

In this way, quite symbolic,  River  closed a cycle of almost total hegemony:  in the last 20 years it had won 11 league titles  (more than half in dispute) and  7 national cups . But at the regional level he was also far superior to his rivals:  of the 6 Cups in dispute he won 5 . Truly impressive.

If you want to read the previous installments you can do it in the following links:
First Part (The beginning of everything)
Second Part (First title and start of the relationship with the National Team)
Part Three (First title in the professional era)
Part Four (River wins the first superclassic in the era Professional)
Part 5 (The Monumental opens)
Part 6 (The Machine begins to assemble)
Part Seventh (“The Machine” begins to win everything)
Part Eighth (“The Machine” is disarmed)
Part 9 (One of the most glorious decades in River history ends)
Part 10 (First Argentine team ever to win in England)
Eleventh Part (River is reborn from its ashes and shapes “La Maquinita”)