River is like the Phoenix Bird: it is reborn from its ashes and forms “La Maquinita”, which wins the first three-time champion in the history of Millo. 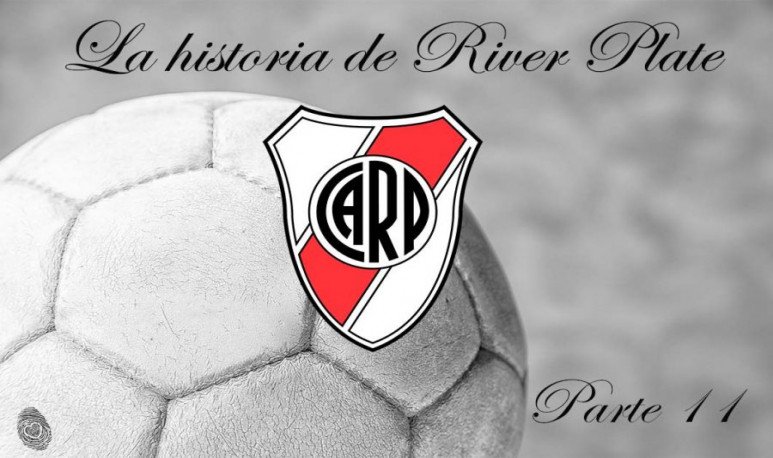 Dear fans of the saga of notes that revisit the history of River, we have reached 1952.  “ La Máquina” no longer exists , but River pulls out giant team badge and manages to merge with another impressive formation, which will also go down in history: “La Maquinita” . Let's see.

1952 will find River  once again champion : 40 points, 65 goals for and 48 against. But the title is only the first result of another gesture that is being built: “La Maquinita”, the successor to “La Máquina”, is born. It would consist basically of Santiago Vernazza, Eliseo Prado, Uruguayan Walter Gómez, Angel Labruna, Félix Loustau and flagship goalkeeper Amadeo Carrizo. That year  they would also get the Ibarguren Cup.

In 53, champions again, this time with three points more than the previous year: 43, some goals less in favor (60) but with a much stronger defense, which would receive only 36 goals throughout the tournament. They would also have in their ranks the  goalscorer  of the championship : Eliseo Prado  with 20 goals. 1954 would be a “bad year” for the riverplatenses: they would finish third to 7 points of  Mouth  (it is impressive how high they had raised the rod,  a third place was lived almost as a failure ).

But in 55 mysticism returned:  they would win three tournaments on the line . In addition, that year the team would be reinforced again: Néstor “Pipo” Rossi returned (he had been playing in Colombia's Millionaires Football Club) and  Federico Vairo  (from Central) joined and  Enrique Omar Sívori  climbed from the lower ones. The first of the three championships, the one in 55, has a special flavor: once again, they are dedicated to the Bombonera. They start losing the match, but Labruna puts the draw and Zárate the final goal (this would be Labruna's last goal in official matches against Boca: with 16 goals he is still today  the biggest goalscorer in the history of the superclassic ).

In 56, champions again (only 4 games lost), but suffer a fundamental low for the operation of “La Maquinita”:  Italian  Palermo  buys Walter Gomez . Argentine players start to be wanted by the European teams.

Minella shows her  ability as a coach and manages to gambeta the casualties: Sívori consolidates and replaces Prado, Loustau, a veteran, begins to alternate the left lane with Zárate (who would win the place definitely) and two survivors of “La Máquina” guide to the youngest: Labruna and Carrizo. But one would be missing to make history, the 57, the three-time champion. We will have to wait for the next installment to find out the details, because that year also happened very important things for the history of the institution.

If you want to read the previous installments  you can do it at the following links:
First Part (The beginning of everything)
Second Part (First of all)title and beginning of the relationship with the National Team)
Part Three (First title in the professional era)  Part
Four (River wins first superclassic in the professional era)  Part
Five (Monumental opens)  Part
Six (You start assembling “The Machine”)
Seventh Part (“The Machine” begins to win all)
Eighth Part (“The Machine” is disarmed)
Part Ninth (Ends one of the most glorious decades in River history)
Tenth (First Argentine team in history to win in England)