It marks 35 years of the return to First Division of Chaca, the group of San Martín and the AFA have remembered it with a special mention. 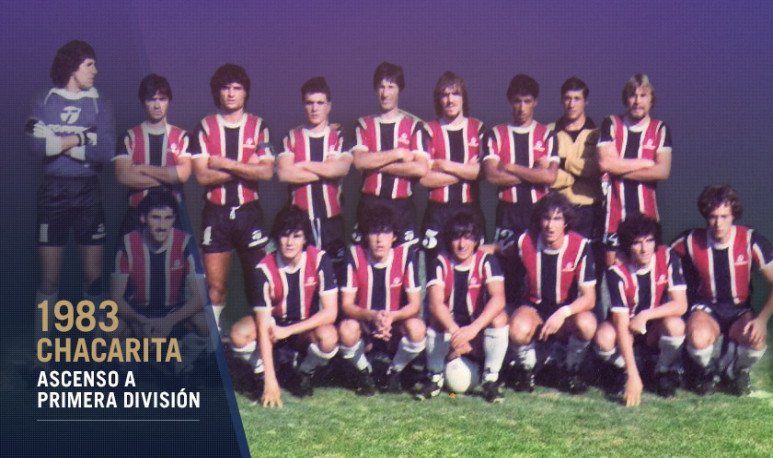 It was a return longed for by all his fans. Chacarita, a team that had been a first division champion in 1969, twice lost the category between 1979 and 1980, making it from A to C in less than two years. However, in 1981 he managed to return to First B and, two seasons later, after defeating Los Andes in the final, he returned to the top category.

After a good campaign in the 1983 First B championship, Chacarita qualified for the octagonal final to get the second promotion (directly Atlanta had done it). In the first instance, in Victoria, he left Tigre out on penalties. In the semifinals, he defeated Sportivo Italiano at the Monumental stadium.

The first final was also played on the River court, where Chacarita played home against Los Andes. There, he stayed with the triumph by 2-0, getting much of the victory. On the return, held on December 27, 1983 at Eduardo Gallardón Stadium, it was equal 3-3, with two goals by Ezequiel Borrelli and one against José Tiburcio Serrizuela. With the draw, the team of San Martín got the longed promotion and thus returned to the top category of our football. In total, as of today, there were seven returns to the First Division: 1924, 1941, 1959, 1983, 1999, 2009 and 2017.

Formation of Chacarita before the Andes