DT Walter Luna tells us his perspective on the role of neighborhood football, in the growth of Cordovan women's football.

We are still in touch with  Walter Luna , the DT who makes possible the  growth projects of Cordovan women's football.  His career and perspective on the practice of this sport are enriching. So, this time we asked him a little about neighborhood football and the performance of the  Provincial Team project . 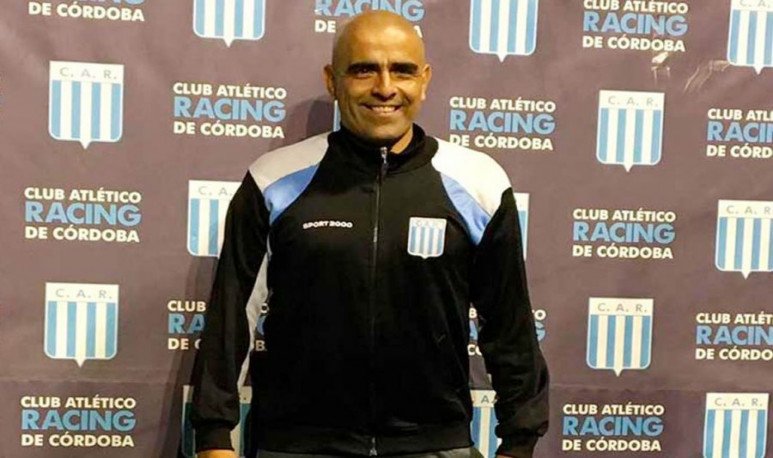 Walter, you had experiences in different clubs, but also in paddocks. What do you think is the role of neighborhood football for the growth of Cordovan women's football?

It is the spark that ignites this project (in reference to the consolidation of a Provincial Selection). The sports table has as its background the  Green Card project.  It is a social, educational, training and health inclusion project. Within the framework of which paddocks are built. But girls who play in paddocks can only play  until a certain age . They can't play all their lives with boys.

Do you come to mind any particular story about any player who came out of neighborhood football?

The story of Sheyla Machado, for example. She played in a school of José Ignacio Díaz, with boys. And this year they didn't let her participate anymore because she is a 2003 category. The teacher of this school is Tanque Durán, which is part of this sports table. So he sent it to Racing, so that I can keep forming it. We made the card and played in the Córdoba CUP and came out champions. We play with another name, not with  the name Racing , because if not Liga Cordobesa punishes you.

What is the position that Liga Cordobesa has with regard to neighborhood football?

Thousands of issues are playing in this. The pride, the power, the privileges. The contacts. But the support of the people and the League is necessary to make this project a reality.

Football schools in Boedo, Villa La Tela area, Ameghino, Villa Adela, have  pitchitas . And there are already girls who started contacting to try themselves, to come to train with Racing. But it is very important social, contact, make visible. Also from sport, let's bridge the gap that exists in the social. There are girls who come from these schools, who don't have a habit of having a voice of authority. Then there are rubs or discussions generated. But that's where one realizes the profession. If you have the touch and skin to exercise like DT, you're going to bend your head and listen. And you realize you're starting to be better.

You get to grow professionally if you leave a paddock, in the field of women's football. What are the growths that this discipline gives to the players and the technical team?

I say, actually, be better. There's the ingratitude of  women's football . Actually, career growth  is very difficult,  almost not there. I say to be better, in the sense that you change the picture they had as a roof. And the relationship they have with DT. And with life. Commitment, self-decisions are taught. We don't win this year, sportingly. But today Racing de Cordoba has Romina Sanchez, Antonella Sosa, Natalia Martinez, Antonella Rivera, Sheyla Machado. Girls aged 15 or 16 who are already  almost a year old in Primera . Made and formed in the club. You're going to play a tournament and you realize the need they have to be themselves. Your level. Girls get alone, on a lung. And  fear of sanctions reigns . We're supposed to grow in football. And you're taking it anywhere. Personal growth there is yes or yes. Let them become better people, if it is not given in football, that there are values: respect, commitment, values. And in sports, win, succeed, ascend, climb and get where they want to go. It's  as far as they want , because we accompany them. But do you know what it's like to train in winter at 9 at night? What it's like to get there and not have a court. Or have to train on the street. So, girls deserve growth.  I don't understand why  clubs  don't give that help.

“They in sport”, a new journalistic challenge

The children of Julieta Prandi, with Dad