What does “become the rabona” have to do with football pirouette? What are the cutest goals that include pirouette in their definition? 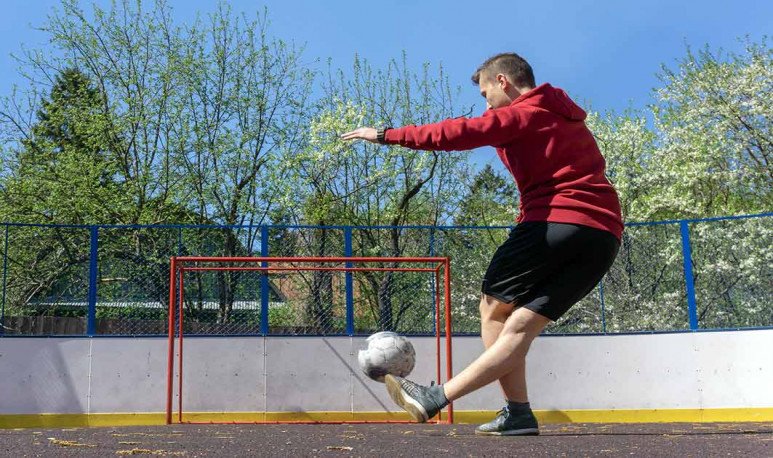 Many times I wondered what was the relationship between “becoming the rabona” (for those who don't know the term for geographical or age reasons, I clarify what means “skip school without telling parents”) and the football play that is made by hitting the ball piercing the skillful leg behind the unskillful leg. Curiosity gets along very well with Google, so I found the answer and I will tell you, dear readers of Ser Argentino, so that you can show off in the next asado with the family or third time of the fulbito every week.

The subject is like that. We're in 1948. Estudiantes plays with Central. Danger move for Estudiantes, kicks one to the bow (many claim that it was Julio “El loco” Gagliardo) and  gives on the stick . As he had pulled out of bombazo flower,  the ball bounces very hard and very fast , so much that it leaves the area without any player from either of the teams touching it.  Ricardo Infante falls . It's awkward, besides coming too fast, itchy. It is unaccommodated, with the ball closer to the unskilled leg. He's outside the area, he doesn't want to kick that one because he's afraid to throw her in the rostrum. In a tenth of a second, how these things happen, yell, Eureka! (he thinks it, of course, he doesn't scream it, so crazy he wasn't) and  makes the most important decision of his life as an athlete: he crosses his right leg behind his left-handed and puts a puntinazo on him . The ball, as in slow motion, rises. He starts to go down, he's losing strength. Defenders don't even tend to jump for the unexpected play, which also confuses the goalkeeper. He gets next to the right stick. In addition to putting an unforgettable goal,  he just invented a play.

The next day, the magazine “El Gráfico” published on top a cartoon of Infante, which plays with his surname and shows him dressed as a primary school student. They add the headline  “The Infante who made the rabona.”  The move already had a name.

The rabona in history

The first time a rabona was broadcast on television was in the 70's, at the feet of  Giovani Roccotelli , the Ascoli player. In 2007, the first “famous” rabona: Andrés Vázquez, a Peruvian player who wears the IFK Göteberg jersey from Sweden, scored a rabona goal from outside the area.  In less than a week it reached a million views on Youtube.

In Argentina, the rabona's standard-bearer is  Claudio Borghi . Maradona has celebrities too. From Messi I don't remember many. If  Di María's goal for Benfica is indelible, in 2009: first he leaves the AEK defender paying with a beautiful spout and then dives the 2 to 1 with the magic pirouette.

Matías Urbano , Argentine player for San Felipe de Chile, was also in the story for two goals of rabona in consecutive matches (a fact of which there are no precedents). And finally,  Jonathan Calleri , in 2015 for Boca vs. Quilmes. Maybe this is the cutest of all. Do you remember any that I've been overlooked?