Club Cipolletti is one of the most popular in Patagonia. 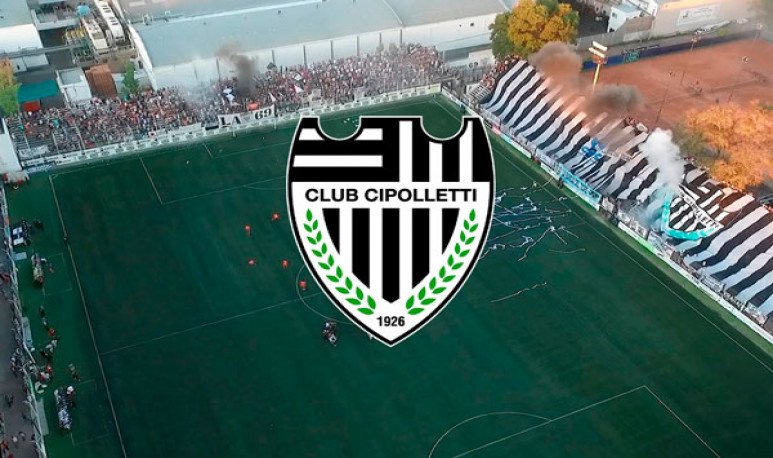 On October 26, 1926, the foundation of the Cipolletti Club was formalized , the “Albinegro” of  Rio Negro , the foreman of the  Patagonia .

However, the origins of the  city  's most popular sports institution date back a few years earlier, when in 1912 pioneers created the Cipolletti Athletic Club, entity that has already started using black and white colors to dress in its clothing.

However, it was on October 26, 1926 the act was formalized and the Cipolletti Club was registered in the municipal register, dedicated to various sports activities such as basketball, diving, skating, hockey, swimming, paddle ball, rugby and tennis, being also a great social center of the Patagonian city, but standing out for achievements in the football field.

I didn't wrinkle before anyone

With strong teams and solid positions, in those years, “Cipo” went to the front and was not afraid of any rival imposing visitor respect and also in the Cement Visor, the stronghold of “Albinegro”.

In the memory of the fans there are two matches against the same rival that are particularly remembered.

In the National 77 came to Cipolletti the  mouth  of the “Toto” Lorenzo .  The “Loco” Gatti , Roberto Mouzo and Mario Zanabria among others were part of the starting eleven of Xeneize who, at eight minutes, was already at a disadvantage by a goal from Flores. Ten minutes later Abel Alves equalized the head stock.

Over the 32 minutes Veira put the lead back to the home and over the end of the first half Zanabria again put things as at the beginning.

At five in the match, Garcia put 3-2 and 15 minutes later, Eresuma put final figures in a remembered match for the history of the  rionegrine team.

A year later, on October 28, 1979, the same rival, who had come from losing the final of the Copa Libertadores to Paraguay's Olympia, reached the Cement Visor in an imposing setting of the audience. At 16 in the second half Carlos Vidal put 1 to 0 for Cipolletti. Albinegro was just a short time away from realizing a new feat, but with three minutes left before the final punch Apollo Robles appeared to silence the people who filled the stadium.

However, at the end of the meeting the euphoria did not stop and all four sides were undone in applause for the squad led by Armando Mareque, who was just minutes away from putting Boca at his feet.

Seasons in National B and federal tournaments

Cipolletti was also the first Rionegrin team to participate in the second category of Argentine football in 1986. There he remained until 1991, when he replayed in the Confluencia Deportiva League, until in 1996 he again obtained the promotion to the First B Nacional.

In 2001 “Cipo” redescended and, until 2006, played in the then Argentine A Tournament, playing for a season Argentina B, managing to return to the third category of Argentine football, which changed its name and is now called Federal A Tournament, where it continues to compete.

94 years after its foundation and registration in the municipal register, Cipolletti is still considered one of the most important teams in  Patagonia ,  of the few in that region that can hold the title of playing in the first division , hobbling with the big ones and developing other sports activities with outstanding performances.