Home People Sports The passage of Maradona by Tucumán

That's how the Tucumano people remembered Maradona. A tour of your passage through the most important stadiums of the province. 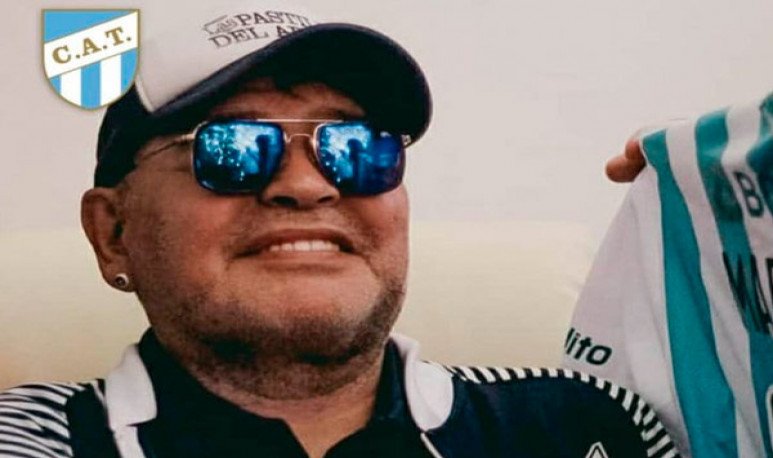 The news of  Maradona  's death shocked the planet, and  Tucuman  was no exception. The Tucumans, moved, on their social networks fired the greatest player of all time with posts of thanks for the joys that the “10” gave them during their football career.Also, some preferred to change their profile photos of the social network Facebook by placing an image of Maradona, these were some demonstrations of affection and tribute that could be observed in the networks of the Tucuman fans.

The world of football continues to mourn, and they cry to God , as Maradona was known in the football environment.If it comes to tears, the Tucumans also remembered Diego when he cried in Tucumán, when and where did it happen? It was on November 25, '79 when black clouds in the sky predicted a big storm in the province, but they also came out to the chancha Argentinos Juniors and Atletico.

Diego, with only 19 years old and his great dream of  becoming a champion  with his team, faced a great rival.Atletico, with all its swollen full in Monumental, convinced that they would win the match, demonstrated the victory minutes before the players went on the court. Euphoria, firmness and confidence were what was breathed in José Ferro Stadium.

The 2-1 for Atletico remained until the end of the match and the club tucumano secured a place in the quarterfinals, eliminating Argentinos Juniors.It was at that time that Maradona broke into crying in the locker room after the elimination of his team, a moment that was remembered by the Tucumans last November 25, when the tears of the past of the Argentine star joined with those of the present by his fans after his departure.

Your passage through the Citadel

On November 4, 78, Maradona visited Tucuman for the first time, was 18 years old and arrived in the province to play a friendly for the Argentine Youth Selected who was preparing for the South American qualifier for Japan. The rival was the iconic Cosmos of New York, who was plagued by international stars traveling his last years of career with his German captain, Franz Beckenbauer.

On this occasion, the final result was 2 to 1 for Argentines before 20,000 Tucumans who had said present on the court of San Martín. That unforgettable night, Diego hung a free kick from the angle and Barrera scored second for the team. New Yorkers discounted thanks to a goal from Italian player Giorgio Chinaglia.

Again, Maradona on soil tucumano: played for the children of the hospital

After having been suspended for 15 months for the positive result in an anti-doping test, Diego was left without playing several official matches, but after a while he arrived in our country and held several solidarity events, as happened on the court of Atletico de Tucumán, Maradona was put on the 10 jersey of the national team of the Tucumana Football League and faced a combination of figures from  San Martín  and  Atletico .

In the yellow team, composed of players from the two big clubs were Cococho Jimenez, Erasmos Doroni, Turco Solomon, Ricardo Troitiño, Eric Ginel, Gaucho Albornoz, Juan Carlos Lopez, among others. While, for the heavenly, they accompanied Maradona Pichón Juárez, Guido Aballay and Bolillón Soria, very important figures of those years.

With a draw as a final result from 4 to 4 where Diego scored 2 goals, one of course magical to pure gambeta, and above with the right, and the other free kick at the angle.

In this way,  Maradona , the best player of all time, visited the Monumental and the Citadel, where football fans of those times had the honor of seeing him gambetear on tucumano lawn.

Undoubtedly, every November 25 will be remembered the death of the greatest football player. In addition, Tucuman will perhaps cry no longer with tears of sadness for his departure, but rather with tears of pride for the simple fact that Maradona is and will be eternally Argentine.