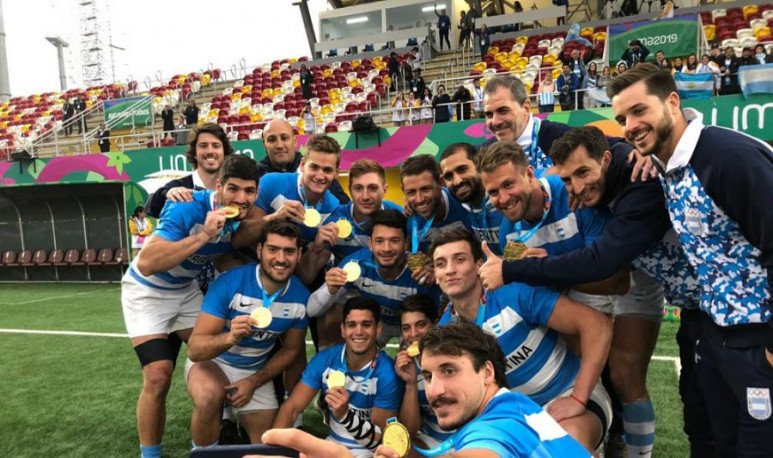 The team led by Santiago Gómez Cora won the gold medal undefeated and two strong wins in the playoffs, 31-7 to the United States in the semifinal and 33-10 to Canada in the final.

In the group stage, they had surpassed 52-0 to  Jamaica , 32-0 to  Uruguay and 12-17 to  Canada . It should be noted, they received only three tries against in the entire contest.

The Pumas  7s  add their third Pan-American medal and the first gold  medal, after the two silvers won in Guadalajara 2011  and Toronto 2015  . In addition, they took revenge with  Canada , his executioner in both last finals.

Despite the fact that their goal was the podium, the  Women's Team  completed a good performance today in Lima. With the wide-ranging 32-7 victories against Mexico and 34-12 against Peru, the team led by Daniel Villén said goodbye in 5th place. In the qualifying stage, they had fallen 24-14 to Colombia, 49-0 against the United States, and beat 46-0 to Trinidad and Tobago.