The new generation of Las Leonas lived up to its name

The Lionas lost to penalties on Wednesday to Australia in the quarterfinals and ended their 2018 London World Cup illusion. 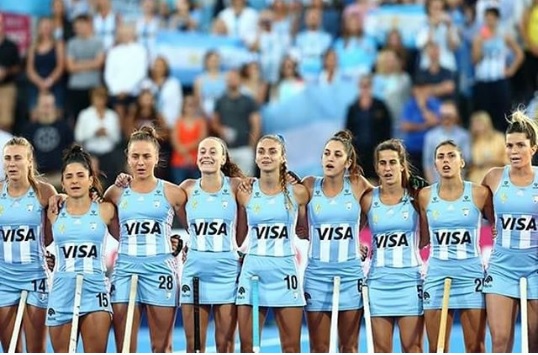 The Lionas lost to penalties on Wednesday to Australia in the quarterfinals and ended their 2018 London World Cup illusion.

We don't know what it was. Whether the world's inexperience of many of their players, that of their coach or arbitral decisions that did not favor them. The Argentine girls were eliminated from the World Cup, but what we know about this squad, which is more than clear, is that it leaves everything in every situation and does not give anything for lost. He showed it in this game more than ever; his goalkeeper, Belén Succi, showed it in the penalty. It is also clear that it has a future, and to spare. Something demonstrated by their 10 debutant players in the world, who are on a great level and can do great things. London 2018 was not in vain; it gave them experience for the future.

This selected lives and feels very much about hockey. Disappointed by what happened, the Argentinian girls ended up crying the game. And because of what happened in regulatory time, they didn't deserve to leave this tournament. But they left the best way: playing good hockey. Penalties are a separate case. They didn't go out, but what I highlight is how the support of the Argentine public was noticed. When Las Leonas converted, a big cry flooded the stadium; and when the Argentine girls failed to beat the Australian goalkeeper, the silence was also shocking.

Go and go and go

Pappo and the King of Blues

Myths and truths about hair loss