Home People Sports The cutest madman of all

The cutest madman of all

It is one of those individuals that improves the species 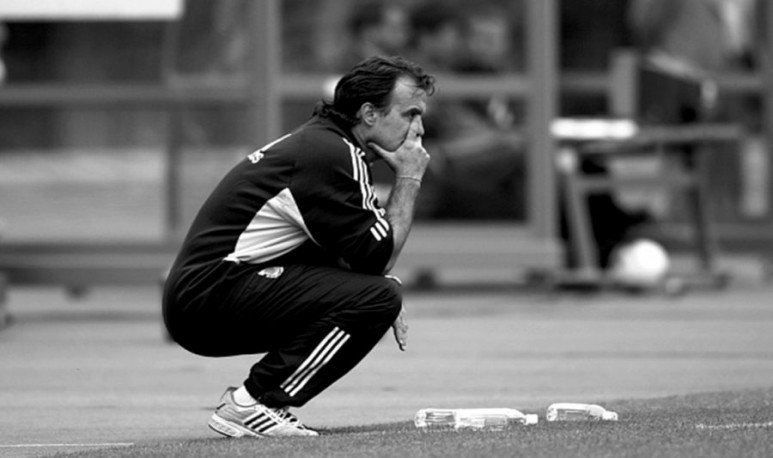 Everything I say about Marcelo Bielsa must be taken with tweezers because I'm not at all objective. I'm probably one of the people I admire the most in the world, so only flowers will come out of my mouth. I'm like a teenager in love: I see only the good, and the bad, if in some recoveco my brain detects it, decides to hide it. One does not choose who to fall in love with or whom to admire, that's why they are so powerful feelings (and besides quite similar, I do not think that love is possible if there is, first, admiration) .Finally, I wanted to tell you this story. It happens in the Bielsa family camp near Rosario, they are all gathered to celebrate something, say, Christmas. Lunch is ready and Marcelo doesn't show up. Rafael, his brother, goes out looking for him. He finds him in the distance, alone, in the middle of a grove, thinking. When you ask if you have any problems, Marcelo answers: yes, I have a problem. A pretty big one. There's a football concept I'm trying to explain to Ortega and I can't. The problem is mine, because I'm taking at least a minute to develop the idea, and I found that he can only pay attention to me for 30 seconds. And I'm not being able to synthesize my idea in 30 seconds. That made me think, and now I think I don't quite understand her. If I really understood it, I'd have to be able to convey it quicker.I don't even know where to start praising it. Because of humility? For the certainty that it is the one in better condition who has to live up to each other and not demand otherwise? By the willingness to know what entails the fact of questioning one's own knowledge, even being one of the most respected technicians in the world? I don't know. All I'm asking is more people like Bielsa. And I don't mean more technicians like him. I mean more human beings in general. It is one of those individuals that improves the species. I hope he never dies.

They left 70 years ago to write the story again

They are human beings, che