Home People Sports The Maradona of the engines

Today it is Oreste Berta, the Maradona of engines. He was born in the province of Santa Fe and forged a “fortress” in Cordoba. 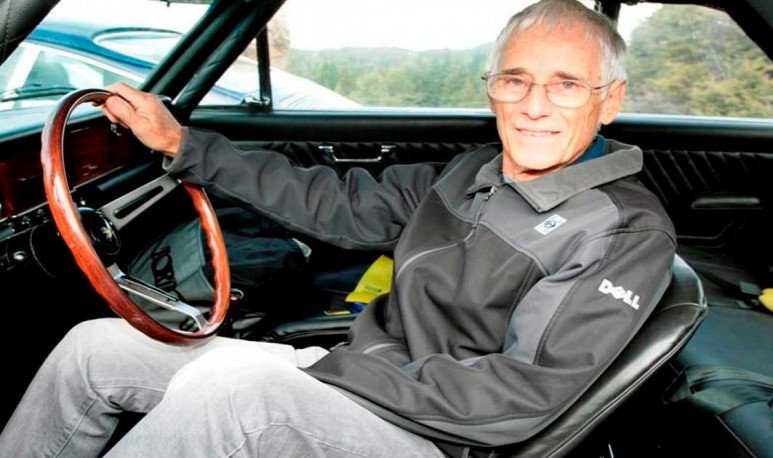 It is not by chance that “The Wizard” Oreste Berta is  the pride of a city like Rafaela . In a few Argentine towns, motorsport is as strong as in the third most important city in the province of Santa Fe.  They're all ironers  for these payments. They have a first level racetrack and constantly pull out great riders in different categories.  But Berta was a really big phenomenon . He is recognized worldwide as one of the masters of engines. Let's remember it from the beginning

Since he was a child, Oreste expressed his affinity with mechanics. So, when he was an  eight-year-old  schoolboy and went to elementary school, he kept no cookies or toys inside the pockets of his overalls. He  carried files, screwdrivers, cables, tweezers and cylinders of motorcycles  to prepare during the Geography class. At the age of 15, he was already an excellent university student and soon later decided to receive a Mechanical Engineer on his own because he claimed that, studying by his own means, he learned more than following the teachers' program.

His path to the elite of the engines began to shoot year by year , until, as a professional, there came a key moment: 1968. After training in the United States and learning what no one in Argentina knew about cars, he decided to put together his workshop (although that word is very small) in  Alta Gracia . The mythical Fortress was born. Today, it is a kind of pilgrimage temple for motorsports lovers. State-of-the-art technology and excellent knowledge apply there to constant innovation in racing machines. The  emblematic building, with supermodern features for the time , was where Oreste Berta himself began to write his own history. His sons, Cheryl, Brian and Oreste, were part of the family business.

A world epic and a dream that could not be

Oreste Berta started building race cars, in full, in La Fortaleza. In those years, the techniques, technology and materials available faced radical changes. The artisan preparation gave way to engineering and intuition to the scientific method. These new procedures  opened multiple paths for research, experimentation and evolution  in the field of the automotive industry.

We came to 1969, when the giant  Fangio  devised the so-called Argentine Mission in Nürburgring, Germany. It was one of the greatest exploits of Argentine motorsport with three Torino national industry. All, of course, prepared by the great Oreste. The “Chueco” told Berta about the idea, who immediately started working in his Alta Gracia workshop. The best driver of all time, already retired, captained a team to compete in  the 84 Hours of Nurburgring.  The team finished fourth, but could have won since it was the most laps, but was penalized for pit stops.

Already in 1975, the coach  presented his own vehicle to participate in the first two dates of Formula 1  in Brazil and in our country. Although he never officially raced in  Formula 1  , it is inevitable to highlight the only car “  Made in  Argentina” which was conceived for the Maxim. As it could not be otherwise, the project was carried out by Oreste Berta , perhaps the most ingenious and prolific coach of Argentine motorsport.

He made the others shine

We all remember one of the greatest achievements of the Argentine sport, in the  sad 1978 . We were champions of the World Cup for the first time, at home. By those years, the greatest exploits of Oreste Berta's engine work were on everyone's lips. And many saw a very correct similarity: Berta was to motorsport that César Luis Menotti to Argentine football.  His knowledge, personality, consistency of his career and professional achievements gave him even more fame , respect and popularity than those who played for him. If Di Palma won, it was for Berta; if García Veiga won, it was for Berta. And, if the crowd rose up violent and cheerful in the stands of the race track, it was for Berta.

For some time, Oreste Berta's public appearances have been sporadic. However, every time he speaks is worthy to be heard by the knowing that his person radiates. Today, it would seem, their relationship with motor sport is closed. “ The car stage was finished . I'm 95% out of what engineering is right now. I'm still linked to the company, because my son Brian is still trying to start an old Berta LR and Orestito is still working on an electric car project, but I'm away from all that. I'm going to advise you, nothing more,” he said in a recent interview. At the age of eighty, Oreste Berta doesn't need to do anything else so that Argentines can always remember him as the genius of engines.