In an unusual ruling, the jurors saw “La princesita” tie. And all, he retained his crown, despite being stolen in Mexico. 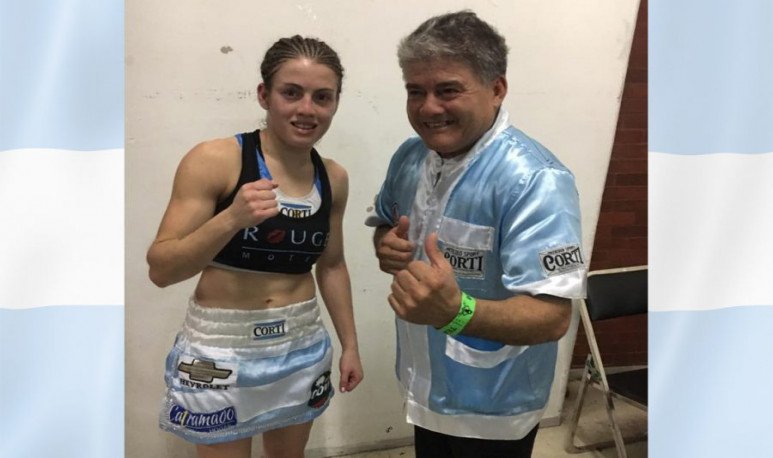 It was a shame. Another embarrassment in Mexico. Recently she was fanned to “La tigresa” Acuña, with the tie that only the judges saw against the local Jackie Navas. Now “it was” to be stolen from “La princesita” Bermudez.

It was his second defense for the FIB Minimosca title. With the tie, obviously, he retained. But the failure tarnishes the task he did above the ring. She was a fair winner, without the slightest doubt.

But it seems that in Mexico you can't win with all the law. Know about box, you know. It is a country that has given and gives great figures in this sport. What makes it clear that they are a manga of corrupt. A band, more precisely. In a country with the majority of people with little light on the intellectual plane, they seem to not warn that these actions only disdeserve them.

“The little princess” was clear dominator of the whole fight. He could have escaped a couple of rounds, put him on. In which he did not attack as usual. Nor did his rival beat it. She never got close to moving her, even. But the most incredible thing about the tie is that the Mexican went to the canvas twice. In the second and fourth. For clear strokes to the jaw. “The little princess” could have finished, but averaged the fight and ran out of air. When he recovered it, in the last rounds, he could have pulled it out again, from sticking fairer.

The Mexican was almost as poor as the jurors. Nor is it worth naming. The judge's thing, too, for the embarrassment. Localist at the end, he got to discount one from “La princesita” for a blow to the back of the neck, which didn't exist.

“The little princess”, as a great champion who paints, made his own. He won with absolute clarity. And he retained... To think that an animal saw her down by 95-93...