“The Little Princess” and her sister “La bonita” are the Bermudez champions of the current box. And everything indicates that we have them for a while. 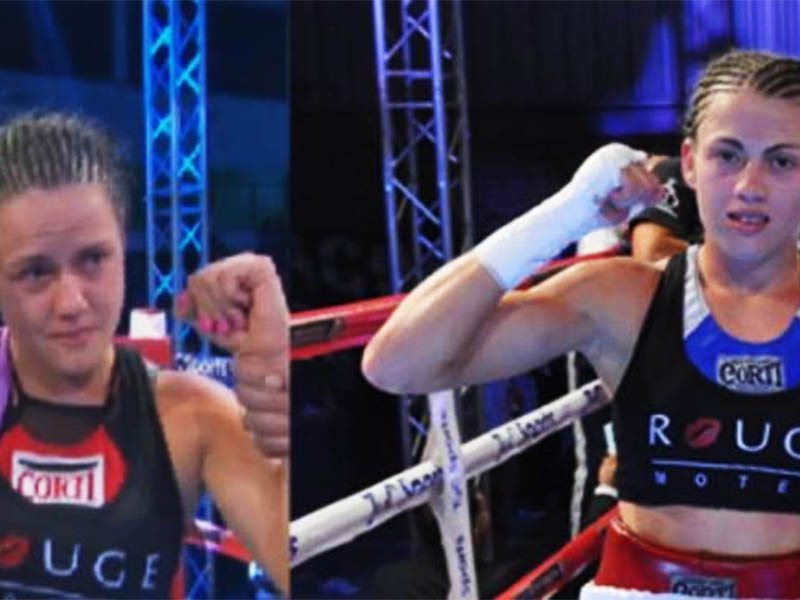 Evelyn “The Little Princess” Bermudez has a lot to give boxing Argentine.

In her first performance as FIB Minimosca Champion, the blonde demolished her rival, a fighter who had 6 wins out of 10 on the fast track. It was KOT 4. It had been crowned last December 30. In an evening when her sister Daniela “La Bonita” retained the maximum title of the Supermosca OMB category.

Las Bermúdez, belong to a family dedicated to the pugilato

Tito, the dad, is his coach and has a gym for humble boys in Villa Gobernador Gálvez, Santa Fe. Gustavo was the OMB Latin Champion and is still active.

“ La princesita” and “La bonita” are what all Argentine boxers should be. They have what the vast majority, especially men, lacks, with few exceptions. That makes them different: they go to the front like punch machines. Most of them are right thanks to their technique. They're pretty; they go forward even if they eat a hand. They hit hard and hard. Demuelate.


Continuity that, as I said, local boxers should add up. They mostly are more to paste and wait, abusing pasting and leaving.

I don't think I'm wrong to think we have two champions for a while.

The 75 springs of an essential figure of the Argentine iconography

Solidarity love: in the last nine years they made and gave away more than 9,000 toys

He's 18 years old, invented special glasses for the blind and gave them to him

Here are the trends of hairstyles for 2019