“The Lionesses” tied in London

In a new performance, “The Lionesses” tied in London. After the draw, those led by Retegui were imposed by 2 to 1 in shoot out. 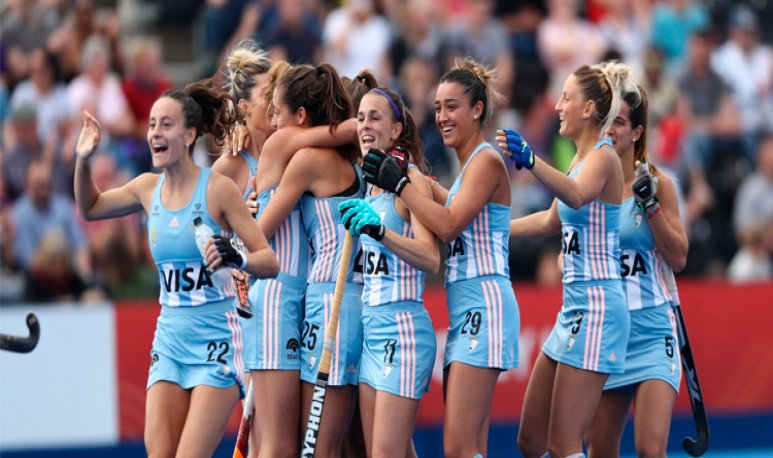 After the forceful victory against the United States in Lancaster, “The Lionesses” tied in London in a new FIH Pro League engagement. The rival to win was  Britain, the last Olympic champion in Rio de Janeiro in 2016 , who had already overcome in  Rosario  during the month of April.

While  Argentina  came out with good intentions the first minutes of play, Britain quickly imposed a presence. And with greater pressure he managed to take over the ball and have the first short corner of the match. That didn't finish in goal thanks to a good response from  Cristina Cosentino.  The archers from there became a figure of the meeting.

The clearest of the albiceleste set arrived at the close of the first quarter.  The  tucumana   Victoria Sauze  lashed with a good penetration and caused the first fixed play. Although he had no goal destination.

In the second quarter, Argentina showed better stop , with greater solidity and numerous revenues to the area. But with lack of precision to make the final moves. However, during the last few minutes before the break, the owners of the house turned into attack and disturbed in the Argentine semicircle. With a short on the side, neither of the two teams could make a difference on the scoreboard.

In a very closed match, the opening of the scoreboard reached only 52 minutes with a particular action by  Agustina Albertarrio . Lomas's front sought a cross in the box to attend  Victoria Granatto , but the shot deviated on a British player. And with good fortune he finished in goal for 1 to 0 in favor of “The Lionas”.

Urged to reverse the result,  British (Australian) coach Mark Hager pulled out his archer to add a field player . And the locals had three consecutive fixed plays. From the last one, the goal came after a series of rebounds that finally finished Lili Owsly for the 1 to 1.

With one point per side, the bonus point was defined by shoot out. That again favored the combination of  Retegui.  It was 2 to 1 with the scores of  Silvina D'Elía and Julieta Jankunas  , added to a great performance by goalkeeper  Cristina Cosentino  .

With this result,  “The Lionas” have been unbeaten for nine dates , with 13 games played, 32 points accumulated and a percentage of 82.05 (%) that places them in second place in the table below Holland, which marches first with 87.5%.