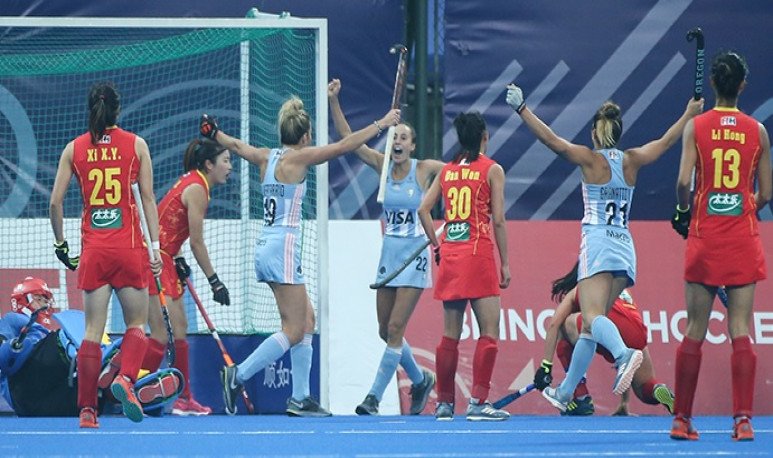 Today you win, tomorrow you play well. That is the concept that should prevail after  Argentina's tight 1-0 victory over China  at Wujin Stadium in Changzhou in a new performance by the Lionas in the FIH Pro League.

With important absences (Merino traveled to Holland and Rebecchi had returned to Buenos Aires), the team scored his  third consecutive win  in the tournament and took a very important step to get into the semifinals. After the victories won against New Zealand and Australia, now the rival was the tenth team in the world that prolonged its bad moment.

Argentina had in the first half, as the greatest virtue, its effectiveness. Because after a start of disorder and deconcentration, he barely had two shots in the bow and could only provoke a penalty corner through  Albertarrio  that  D'Elía  could not make effective.
He still reached the goal and the difference in the scoreboard when at 10 minutes  Von der Heyde  put a crossed pass to the right for  Costa  , the ball reached  Agustina Habif  and the center of the now lane was played by  Trinchinetti  before Agustina Albertarrio, with suspenseI'll translate it into the girls' celebration.

Before and after the rule at that initial stage corresponded to China, which anyway had no power in the attack and when he could finish the bow he always found the right answers of  Succi , whose best intervention was in the only short film of the opponent who managed to neutralize by turning to his right.

Those first 30 minutes of low technical flight and lousy of emotions then left with a greater dominance of China, which had five shots in the bow against just two of the team led by   Carlos Retegui  .

In the third quarter we saw the best of Argentina and the best of the match. The national team stopped a few meters ahead and was able to balance half the court. There stood out Florencia Habif, the winner's best field player and placed just one step below Succi in the individual performance.

In the last 15 minutes China had more chances for a tie that would have been fair but between its lack of effectiveness, the defensive prolijity of the opponent and the interventions of the Argentine arquera, the result remained.

The numbers also translated the best performance of the loser who had a greater possession of the bocha (54 percent), greater number of arc shots (eight against five) and greater amount of income to the circle (13 against 11).