Thank you so much. We're already missing you, Lucas Mathysse. One of the greatest knowers and champions of the Argentine box. 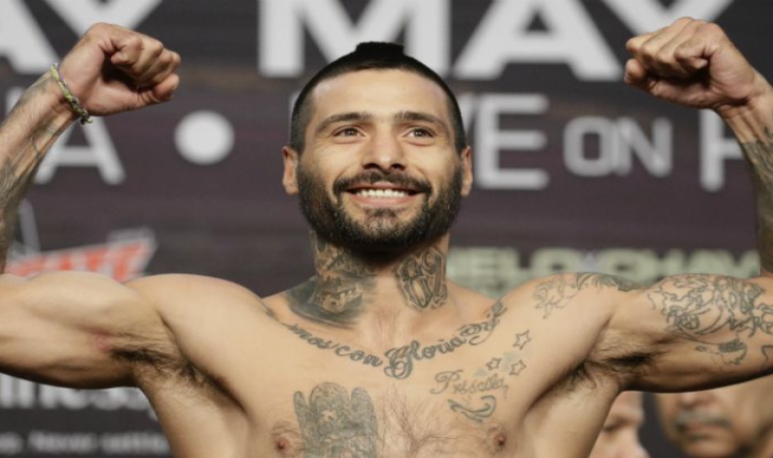 Lucas Mathysse had dynamite in his hands. He was a race knocker.


Southerner, son of Trelew and a boxer, brother, uncle, nephew and brother-in-law of others. He hit so hard that even Mike Tyson praised him in The Ring magazine. What earned him to be among the few Argentines who managed to be the cover of the famous magazine. Also his pasting and his recrod made Oscar de la Hoya choose him as a ward. The great Oscar. He went down to Buenos Aires to add press to a lonely Mathysse, withdrawn, little friend of the exhibition and the media. His final record was 39-5, with 36 KO. Oh, that was a hit.

If that wasn't enough, he was handsome

Few know that when he lost the title to Danny Garcia, he fought with a broken cheekbone. However, it was by points. “The Machine” suffered only two KO. One when he resigned his second title against Manny Pacquiao. They convicted him because they said that Manny was big... I wonder what those same people will say about the Filipino now, who again became champion at 40, beating Adrien Bronner. He lost to one of the biggest in boxing.

In our country, Lucas Mathysse was one of the largest

He integrated the Triple M, with “El chino” Maidana and “Maravilla” Martínez. Last trio of free local fighters. You have to go back to the 90s to find another similar trio: “Whip” Coggi, “Locomootora” Castro and “El lefty” Vazquez.

His first title (Welter Jr CMB) won him against Ajose Olesegul. The second (Welter AMB) to Tewa Kiram. On the way were boxers of the likes of Prodovnikov and Molina. And the unjust defeats against two other great ones: Judah and Devon Alexander.

It was 14 years of an unforgettable box. On top of that, in his farewell letter he wrote the word “Thank you” several times. It is we who have to be grateful to him.