Home People Sports “The kamikazes” are golden in Rosario 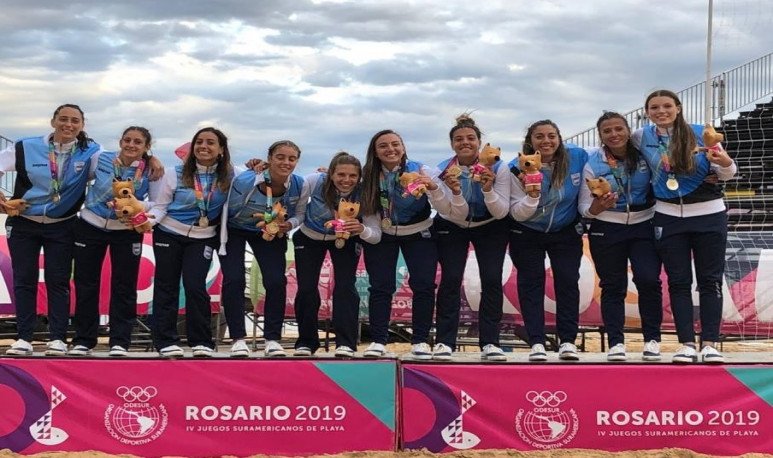 The Kamikazes, so the women's Beach Handball team, celebrated big as they won the gold medal.

They defeated Brazil in the final by 15-14, 13-16 and 7-6, against a great audience frame. This was the first victory against the yellow green cast, power in this discipline. The national goals were scored by Gisella Bonomi (12), Caterina Benedetti (5), Ivana Eliges (5), Agustina Mirotta (4), Carolina Ponce (4), Zoe Turnes (3) and Celeste Meccia (2). The bronze medal was left in the hands of Paraguay, who beat Venezuela 14-11 and 10-9.

For his part, the men's team defeated Ecuador 2-0, with partial 26-12 and 19-18, and finished in fifth place. The game was played in the worst weather conditions, but it was with joy for the Argentines.