Home People Sports The Jaguares lost in their debut against Lions

Once again, the defeat was consummated by own mistakes 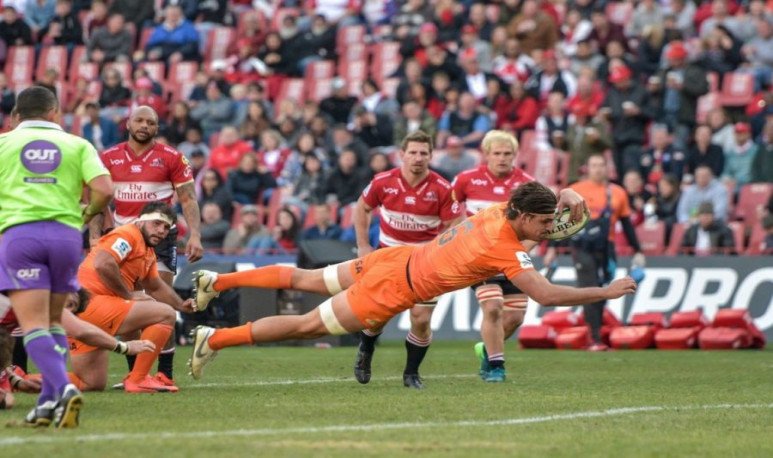 Argentina's Los Jaguares franchise, with the debut of coach Gonzalo Quesada, lost to the South African Lions 25-16 in their first presentation of the fourth edition of the Super Rugby tournament, which brings together regional teams from the Southern Hemisphere.


The match was played at Velez Sarsfield Stadium, was led by New Zealand referee Mike Fraser and had a partial for the Lions of 15-13.
The Argentine team let out the possibility of starting their performance with a triumph for their own mistakes and the effectiveness in defining the few chances of try that were presented to them.


In an even first time, where both teams split the risky plays, a slight dominance in the loose game of South Africans allowed them to score two tries won by third line Marmus Schoeman in attack plays. That's how they managed to break the Argentine defense.
Previously, the second line try Santiago Medrano arrived in an attack by the Argentines, in an organized play with their forwards.
Meanwhile, Joaquín Díaz Bonilla- replacing Nicolás Sánchez-, scored a penalty and a conversion and took charge of taking the game to the opposite field, but distractions and errors were paid payment.


One of the lowest points of the Argentine team were the infractions - nine penalties - in the first half, which favored the Lions to neutralize the squad of Los Jaguares forwards.
As a result, the Lions had the predominance of actions and had more chances of marking and maintaining order in defense.


In the complementary part the Lions, more because of the mistakes of Los Jaguares than their own virtues, kept control and dominance of the stock: Schoesman, a figure in the field, scored the third try five yards away from the Argentine Ingoal.
At 20 minutes, the Argentine team missed a clear try situation by losing a Marcos Kremner ball in five yards of the Lions ball, which would have given them the chance to take the lead on the scoreboard.


In the final balance, Los Jaguares missed the possibilities presented to them and once again the defeat was consummated by their own mistakes.