The unforgettable popcorn of Aldo Pedro Poy places him, eternally, on the altar of the greatest idols of Central Rosario. We tell you the story. 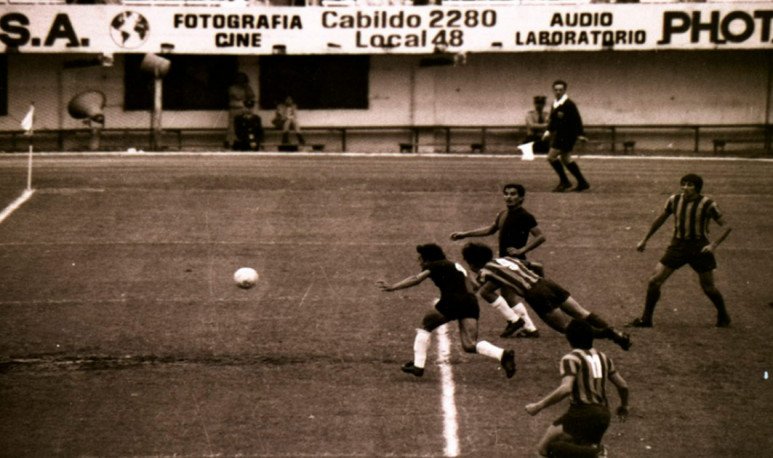 The classic Central-Newell's is so important to the Rosarians that the most  scoundrel idol  holds that privilege for having given his club not a championship, but victory in a match. Of course, that popcorn goal  wasn't against any team . It was against his eternal rival, and constituted the passage to the final of a championship that Central ended up winning. The hero of that afternoon is called Aldo Pedro Poy.

Poy was born in 1945, near the Rosario Central court. She was always  a fan  of the Academy. After making the inferior in the club, he made his first debut in 1965. Until 1971,  it did not take a very significant step . They wanted to sell it, but they say they didn't want to leave their dear Central. What happened that year? The team had been doing the best campaign ever. At that time, the first division was a National Tournament, with a final draw of direct elimination. Fate wanted the most important match in the province of Santa Fe to take place in the semifinals instance, at the  Monumental  de River. The Academy took the classic 1-0. He scored him by Poy with his remembered popcorn. Central ended up becoming champion after beating San Lorenzo in the final.

It means so much, but so much, Poy popcorn for the Central fan, that they even  ran it for  Guinness Records   as the most celebrated goal in history. The reason is that, every December 19 (when that classic was played), the scoundrels gather together to celebrate and remember the pitch of Aldo Pedro. Even the genius of  Fontan  a  rrosa , remembered fan of the team, made a story about that day.

The scoundrels  will never forget  that classic afternoon. Even though Poy wasn't a freak after that game, either. What does it matter? If Newell's never in his history could return that sadness. It is a phenomenon similar to Madelonazo, a match between  Columbus and Union  that the tatengues have historically played as their greatest achievement, even if it was in the second division!

Remember a popcorn, spend the rival forever,  celebrate more a match than a title . Things that are only understood in the Argentine football passion.