Faced with the imperative need to open their doors, amateur football courts reinvent themselves. In Mendoza they offer human metegol. 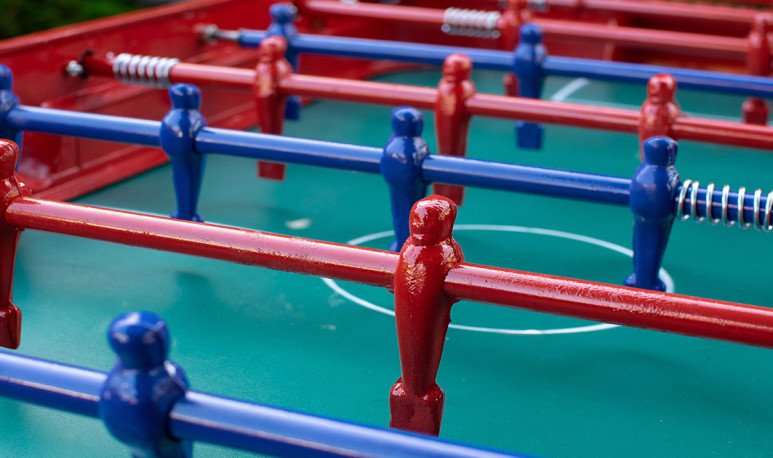 Amateur football, which is played with friends as an excuse to later have a beer, a soda, eat a choris or a roast, will return, as such, on the day of the  goalkeeper . I mean, in a long time. And that waiting time is not business for the owners of  the pitchitas.  They are knocking on the door of the Mendoza government, waiting for a response.  They opened gyms, federated sports returned with strict protocols, but no one remembers them . So, they came up with this human metegol.

It's just that the answers I found were the kind of “you guys is a game, it's not important” or “that's amateur” or “that's a contact sport, you can't meet the protocols.” But, like good Argentines, they found him around.  If the premise was mainly that there is no contact, then let's separate players inside   the court  . Let's mark quadrants where each player can't get away and so they will not have contact with the others. That's how human metegol was born.

The shifts will be staggered with ten minutes apart so that there is no contact between  players  from different courts.  An email will be sent to the subject who reserves the court to complete the data of the rest of the equipment and the chain of contagion can be tracked, in case any test positive.

Two teams of five players each.All participants must respect their place, that is, remain within the assigned rectangle.The match will take place in the detail that the player can not leave his demarcated space, limiting circulation on the court.  It is thus sought to comply with  social distancing . Some courts in Gran Mendoza are already demarcated and ready pending authorization from the State.

The authorities have been able to understand the economic need that this sector is going through, which is similar to that of many other traders whose activities were already allowed. However,  they will look to wait for a moment where a drop in the  contagion curve appears to be  able to approve them. As for the protocol, the authorities admit that it is approved and that it complies with all the requirements required by the decrees.  The idea is not to go back and do move forward in the sense that the courts may have some economic activity. Attempts are being made to authorize in a pandemic, but with assurance that, if there are any problems, records could be kept.

From Rosario to the country

The idea arose in Rosario , where on one of the courts they had the idea of this human mettegol. A handful of blocks from the Rosario Central court,  the Tifossi complex was the inventor of gunpowder.  With the total success that this idea meant, it was replicated in the rest of the country, as in Rio Negro, for example. Thus, in Mendoza expect to run the same luck not only the owners of the complexes, but also the people who attend to play. To play  Riquelme against Real Madrid  in 2000 or Zidane against Leverkusen.