The landmark boxing character had a glorious day when he was crowned world champion. 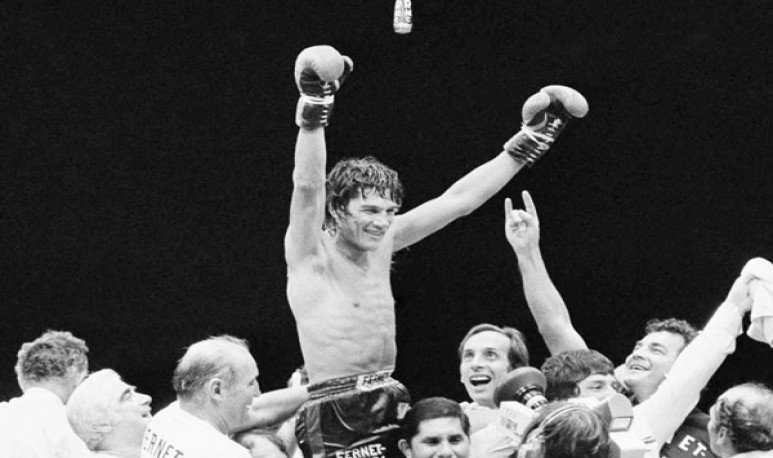 Carlos Monzón had a rapid evolution in his career, becoming one of the most skilled pugilists that Argentina had. But the moment of  truth was about  to come that glorious day, where I would define who would be the best in the world.

The 70, hard times to get to win against the most seasoned and recognized in boxing. Oscar ¨Ringo Bonavena had come to fight with Muhammad Ali, but was defeated after a fleeting knockout. Yet this meant that Americans no longer reigned in the sport of skillful punches. Consequently,  stars  began to appear along the globe astonishing with their movements, standing out in fights. Carlos Ortiz from Puerto Rico, Ismael lagoon of Panama, Teo Cruz from Dominican Republic, Spaniard Pedro Carrasco emerged in those times. Little by little, countries and especially Latinos were beginning to reaffirm their presence. Until 1972 Panamanian Roberto ¨Manos de Piedra¨ Duran appeared to dethrone Scottish Ken Buchanan at Madison Square Garden, who followed him in another historic landmark would be Carlos Monzón.

The Santafesino came from a singular streak of victories that were making his ability in boxing like no other. Juan Carlos Lectoure, legendary businessman and promoter of Argentine boxing, discovered this fleeting pugilistic  promise  . But I had a big problem, which I had to immediately correct if I wanted to promote it on the world banners. Monzon, as such, did not fill the stadiums. In addition, in the midweights division, in which the star was located, a division very difficult to manage.

Against wind and tide, Lectoure worked hard to bring the  athlete  to the World Boxing Association. As a promoter of Monzón, he managed to partner with icons within the industry such as Rodolfo Sabitini of great influence in Europe, and the renowned Bob Arum, who today remains one of the most important promoters in the world. Thanks to the links achieved, Juan Carlos was able to gain access to the good relationship with the World Association which would later bring other contacts and renown to his resume.

After several victories of the pledge at Luna Park against skillful American contenders, Lectoure finally manages to put Monzon in the eyes of the World Association. This, coupled with the number of times the promoter had attended the WBA (World Boxing Association) conventions, placed the fighter first in the ranking. We must not subtract merit from their tenacious victories for such an achievement.

On September 19, 1979 Monsoon would fight Charley Austin at Luna Park, being a fight in preparation for the promise. His victory came by points before an almost empty state. After the end of the contest, he did not leave fans of this sport very satisfied with his dubious performance.

Carlos Monzón with only 28 years old already had 60 fights won, 44 knockouts, was Argentine and South American champion. His challenger was Nino Benvenutti, who at 32 had accumulated 82 victories and gold medal at the Olympic Games in Rome. The latter, despite his abilities had entered a decline, was no longer the same fighter from years ago, yet Monzon would not underestimate his opponent, so he trained hard. 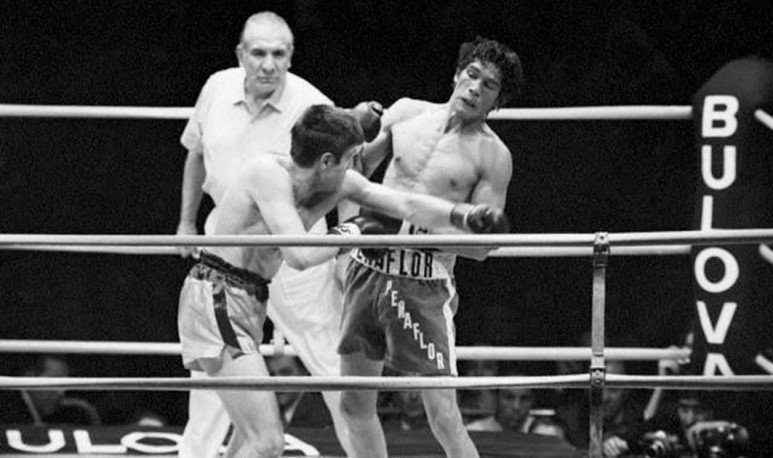 The coaching staff, its promoter, some boxing stars and a reporter traveled with the young promise to  Italy . He waited there, on November 8, 1970 at the Palais des Deportes in Rome, in front of 16,000 people, Nino Benvenutti. In the weighing, a slap on the buttock came from Nino to Carlos, which outraged the Santafesino and responded with a glance full of anger. Presided by British referee Harry Gibbs, the film started. Monzón began slowly, weakening Benvenutti with his blows, with determination, strength and precision. The twelfth round was decisive. The Italian had already received several punches from the Argentine, he was not managing to dodge with certainty. Until, suddenly, Monzon decides to end the match with a right hand that knocked out Nino. Benvenutti had no chance, fell and tried to get up like a reflection but ended up collapsing. The match had already been decided, Carlos Monzón was crowned as the world champion. It should be noted that, until then, only three Argentines had managed to reach the much-awaited coronation.

The young Santafesino, from whom emanated a great pugilistic ability, but in which very few believed, had emerged victorious. He proved his abilities, crowned himself in the eyes of the whole globe. From here on, as the phrase says, the rest is history.

Carlos Monzon: 25 years after his departure