Cristian Malgioglio added one more star to his vast showcase as a runner. Mendocino ran 168 kilometers in four days. 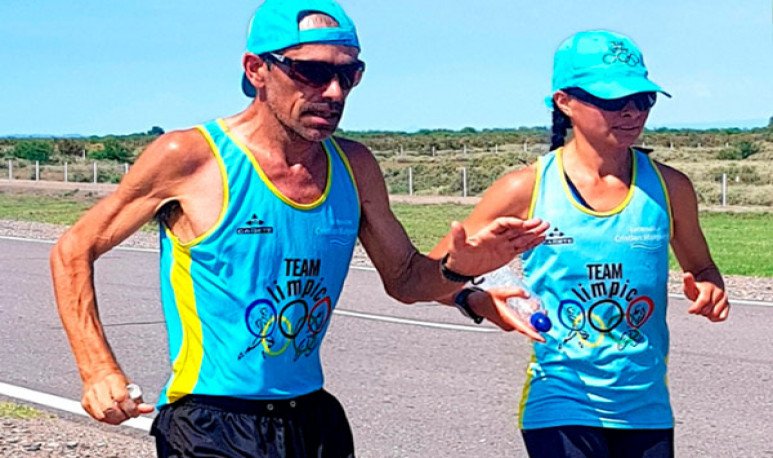 Cristian Malgioglio is 47 years old and has had high intensity physical activity throughout his life.  Therefore, at the beginning of the talk, when we ask him about what it means to reach these achievements, having that age, he gives us a life lesson, explaining that,  over the years, some things are lost, such as speed, but you win in resistance. “That's a myth, when the person has done sports throughout his life. Today I am able to make this kind of effort, which I could not have done as a young man.”  Lasherino is currently in Argentina's ultra marathon team. He is a Physical Education Teacher and he's married 15 years ago.

“I did sports all my life.  From a small age, neighborhood football and then referred to federated sport through   basketball  (I did this sport intensively for about 3 years), then some martial arts,” says Cristian. But, he entered the world of athletics a little later: “I entered at the age of 13, and this happened at St. Thomas Aquinas Secondary School.  The definitive and responsible affection for this activity ended up being founded at the age of 16, when I started running at the National University of Cuyo . From that day to date, it has become my great passion, which fortunately has been able to remain intact.”

Obviously,  34 years running have been able to copar the showcases of Mendoza. “I started running seriously and responsibly at the age of 16 and, like every child of that time, I went through all distances. From the 1,500 meters to running 100 kilometers, prove that I am running today. I've been fortunate enough to have stood out in due time at all distances.  For example, as far as 42 kilometers is concerned, I managed to win or be among the top three overall in the most important marathons in the country, and in 2015 I decided to make the leap to the far distances and quickly adapted to them. As most important achievements I have been 3 times absolute Argentine champion of 100 kilometers.”

But Cristian is also a prophet in his land:  “Among my outstanding achievements in the province, I highlight having won three times the MIM (Mza International Maraton). In addition, I had for 10 years in my possession the best brand of the current circuit.  Therefore, it can be understood that in me, and being a native of the province of Mendoza, running in my land has always meant something extremely motivating and of an incomparable emotional level.” Excited, Mendoza adds: “Winning in  your land  and before your people the most important competition in the region has an unparalleled value for me.”

Running for a good cause

The last challenge aimed to unite sports with solidarity, two activities in which Cristian participates very actively.  “ The project was to run 4 marathons (42k) in 4 consecutive days. From Thursday 12 November to Sunday 15 November. The idea was to generate resources to help two dining rooms (picnic neighborhood Parque de General Alvear and Fundación Carmella Fassi de Las heras).  We created a bank account where people could collaborate with a donation, then the Filipides Foundation committed to donate all the proceeds and, in this way, allocate it to these institutions. The idea was to unite 4 districts of  General Alvear , one every day, and complete each day the mythical 42 kilometers. At all times I was accompanied by students who took turns to accompany me some stretch of the challenge, which was invaluable, because the extreme of what was done without this kind of incentive would scratch the impossible.” But distance was not his only rival: “In addition to fighting the distance I had to fight the extreme heat a few days and others against torrential rain, which made the challenge harder.”

Finally, consulted about what Cristina represents and means the fact of  running , the Mendoza merely answered an armed phrase, which defines it perfectly: “I will try to respond with a reflection and throughIt's about it to express what it means to me to run:  today the human and the athlete have merged in such a way that it is impossible for me to distinguish one from the other.”