Home People Sports The Flea and a new record

Is Messi leaving Barcelona? For the first time, the possibility is more than real. Everything is in a new La Pulga record. 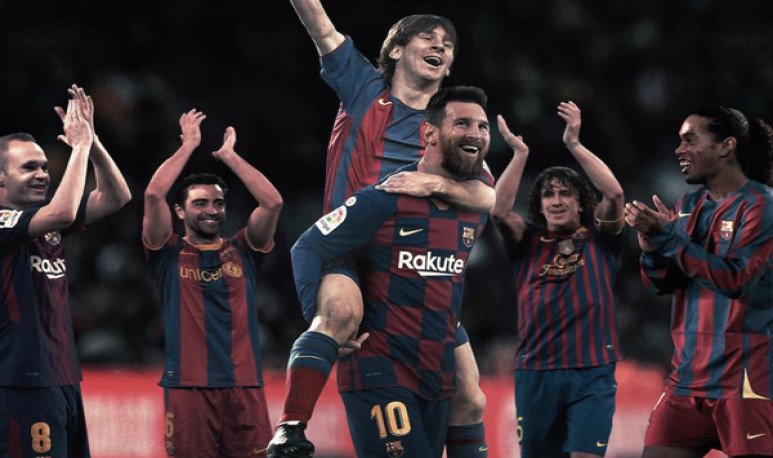 Flea is always news. But what makes it  the best , for me, is that the vast majority of the time it was news, it was so done inside the lawn rectangle.  He was always on the front page for being, nothing more or nothing less, than the one who best handles a ball with his feet . Same with his records. That the top scorer of Barcelona, that of the national team, that the one who played the most matches in a row, that the one who scored the most goals to such a team... Almost always, we recognize it, simply, for being the greatest in that “for what it was created”. This is the very essence of what Leo Messi was always.

But, this time, his news is a record outside the court . Neither is it your first time in this area, nor will it be the last. But, at the very special juncture of this 2020, La Flega's achievement is very greasy : it dethroned the coronavirus from the privileged place in Google searches . No one or anything has achieved that since mid-March. Who could do it, but the best in the world?

What happens is that the bomb that Messi threw is very big: for the first time, in his rich and long career,  he encouraged to bypass the possibility of leaving Barcelona . People's response was immediate: absolute  trending topic  and forget, at least for a day, about this damn pandemic.

Memes broke out in Argentina.  Tricky photos of La Pulga with the country's boys team jersey began to multiply on social networks . But... what really happened to Leo?

A baldazo of cold water for Barça

As I was saying, the news was one of the most important Messi gave outside a court. While the situation between the player and the club was seen that he was not going through its best , no one expected the rosarino to ask the team to stop being part of the institution. The media stir that was generated is incomparable with the departure of another player, for the 20 unparalleled years that passed since La Flea reached  “La Masia” . Social networks were the place where fans turned over to send messages of  surprise , and also support, to the Argentine.  Once the news soared globally, the player's mentions went up to incredible levels.  The superiority was especially noticeable in the comparison of the searches performed.

Among the searches related to the news, another of the ones that were most performed by internet users is the word “  burofax   ”. This is the service used for the express dispatch of documents requiring undisputed delivery , similar to what could be a “ Letter Document ”. “ Burofax ” is a registered trademark, although the term is also commonly used as generic.

In the midst of the scandal that was set up at the Catalan club,  its authorities decided to hold a press conference , on the occasion of the presentation of a new player for their squad. This is Portuguese Francisco Trincao. Poor Trincao, he went to the background  and all the journalists stunned the leaders with questions about the future of the Argentine star . They, like nothing. They said we have to draw conclusions from this bad stage, but their idea is to build a team around the best  ever . They do not contemplate at all the possibility of a departure from La Pulga at the contractual level.