No one will be able to achieve what “The Fivefold” achieved, by technology, because of the importance of his records. Beyond that one else can win 5 championships. 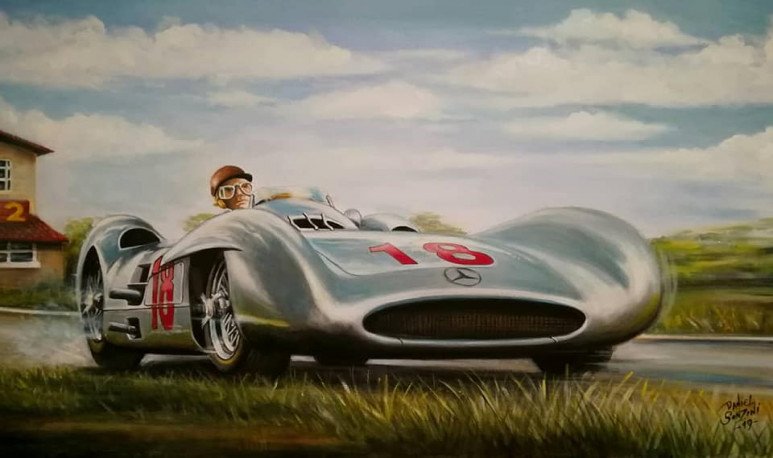 Today marks one more anniversary of the birth of “The Fivefold”. The great Juan Manuel Fangio. The only one.

Even today “El quintuple” has some record that will be very difficult to overcome. He is the longest champion: his last championship achieved at 46. The champion with the best win average. And the only one to win with four different teams. Mercedes-Benz, Maserati, Alfa Romeo and Ferrari. Their final numbers impress: 24 wins, 35 podiums, 29 pole and 23 fastest laps, in 51 Grand Prix.

But the crazy thing, what puts his incredible figure in value, is that motorsport just waited until Schumagger to snatch the title of five champion. I mean it from technology. Just see the aerodynamics, the size of wheels and steering wheels... the zero technology, the brakes... in cars that were beyond 250 km an hour.

Go if you had to know how to drive. And have balls, obviously. They say “El Chueco,” his other nickname, had a secret. He set the ideal route and repeated it back after turn, to the millimeter. Whatever it is, it was unique. The biggest in history. Precisely because of the technology with which he achieved his triumphs.

“El quintuple” finished his career in Argentina, in 1958, after he was kidnapped in Cuba. He had started at the TC in 1938 with a Ford. In the 40 he moved to Chevrolet and was champion. He continued to compete until 1950 in local categories, prior to F1. In 1947 Perón supported him to go running to Europe. And it was the beginning of everything.

The Shed of the Skinny