Get to know the history of the most emblematic stadiums in our country. 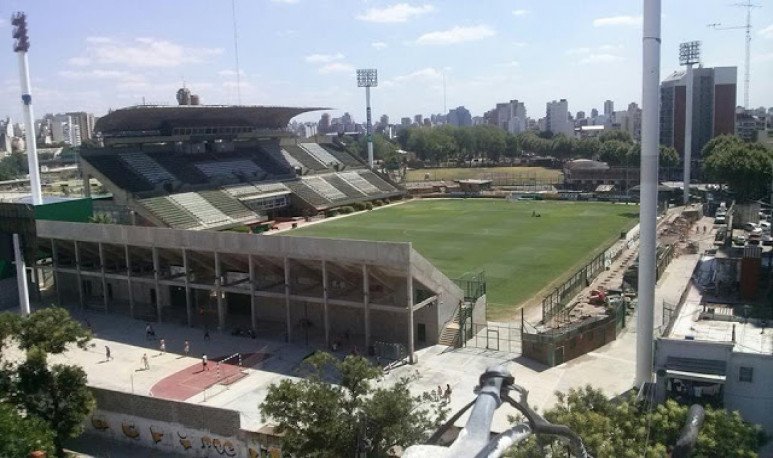 The Ferro Carril Oeste Club is a symbol of the city of Buenos Aires. It may not be one of the Argentine clubs with the most football awards, but it has always been recognized as a more than conducive environment for the people of Caballito, one of the most populated neighborhoods of the Federal Capital, to practice all kinds of sports, all at a high level. In addition, the “Ferro colony” is a milestone for middle-class families in Buenos Aires: there is no one who does not know anyone who has spent some summer of his life enjoying its beautiful facilities.

But that's not all. Investigating a little bit I found a fact that surprised me: his stadium, the famous Architect Ricardo Etcheverry, is the only one in all Argentine football that was always in the same place: Avellaneda and Espinosa. In addition, built in 1905, it is the oldest in Argentine football and the second oldest in America (after the National de Montevideo).

It was the last club in the upper categories to retain its plank stands, which somehow established its identity. Another aspect shows its resistance to the shocks of modernization: it was the last to incorporate the sticks of the metal arches, which until 1994 were not only wooden but also square (a danger).

The last match with wooden sticks was symbolic in several respects: not only did a custom of football that we would not see again in any stadium but, after the defeat, one of the most important symbols of the club left his post: Carlos Timoteo Griguol. Some say, and I think they are not mistaken, that that day began the beginning of a sad time for Ferro, that he has it, to this day, far from the glory he knew how to have.

One more detail: Ferro's last match with square sticks was against Ñewell's. The Rosary bow was protected by Cancelarich and the home by Mono Burgos (now the field assistant of Cholo Simeone at Atletico Madrid). Ñewell's won the 2-1 match. The last goal for Ferro in those iconic bows was not made by a player with the purslanaga shirt: it was Berti against. They didn't even get the shot at the end. The first match with metal bows seemed to bring better news for Caballito's club: 1 to 1 against Boca (Burgos cut off a penalty for “Manteca” Martinez but put Romay into the bounce). Unfortunately, the new bows did not improve his luck and today he is in the 16th place of the National First B. I hope one day his time of glory will return. He misses him.