Mariano Jordan needs to take off his shirt to transform into The Gordo Fan of San Lorenzo. 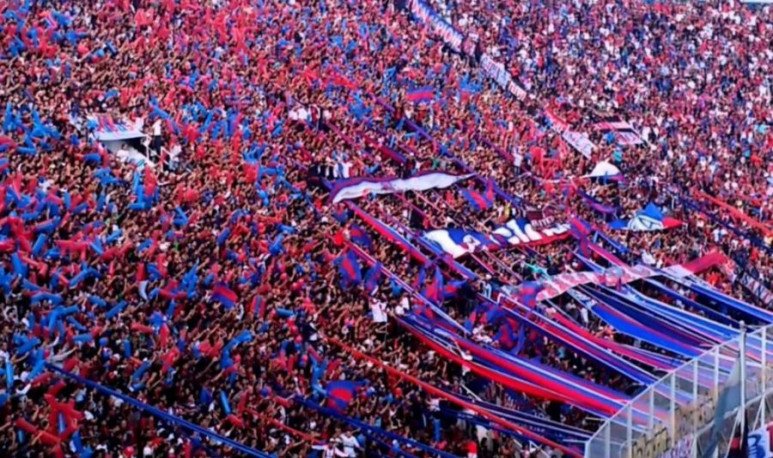 It is already almost indisputable (because unverifiable things are indisputable, or they can be argued infinitely, which for the case is the same), that the swollen of  San Lorenzo,  despite not having neighborhood and living longing for its back to Av. La Plata, is the most creative in Argentine football, at least when it comes to the lyrics of his songs. Many songs that later became popular to the level that all the swollen have their version, were born from the head of some of the members of the popular local Bajo Flores. But the summum of Pedro Bidegain's color, in my modest way, of understanding it, is provided by Mariano Jordan, better known as “The fat fan”.

What few know is that Mariano had (or does he have?) the same growth problem as  Messi : pituitary dwarfism. And he solved it in the same way as Barcelona's crack, with a cocktail of injections, day by half or every day, depending on age, for 16 years. In addition to helping it grow (in fact, as the treatment began before, Mariano is 5 centimeters longer than “Flea”), so much hormone generates a symptom that is not as well known: those who receive it have enormous resistance to cold. Which is good if you want to wear leather in winter. And Mariano needs to take off his shirt to become the fat fan.

And why their popularity? It's hard to explain, I would say he has that “I don't know what” that makes him endearing, both for the fans of the  cervo  and for those of the other clubs (even his historical opponents, such as Hurricane de Parque Patricios). Mariano's choreo consists of standing on the seats of the grandstand, with his torso in the wind while spinning a shirt dramatically (the twist of the shirt is, of course or casually, as if they were the antlers of a fan). Accompany his physical skill by singing the most popular songs of San Lorenzo with an enviable energy and love for any artist. The grandstand is added to it immediately (the closest ones, move away a little to avoid being reached by the flight of his shirt and preserve the healing of their eyes), infected with their enthusiasm. But among thousands of people, he can be distinguished. There are few who can so clearly express the passion for colors with the whole body, literally. In several videos uploaded to the internet you can see it giving everything about himself so that “does not decline” the swollen.

More than once, Mariano was interviewed by the mobiles of some sports program at the door of the court, waiting for the match. And they always ask him to do his magic. And he does not disappoint, of course. It not only imitates the movements that will then be played inside the stadium, but it improvises songs that, on several occasions, are then used by the  swollen  to encourage. Of course, you always win a round of applause and spontaneous hugs from the people around you who, without knowing him, want to keep him around.

From here I want to send my tribute to this superhero of the pampas, because according to him, the transformation took place a day when his team mates were a little apathetic and he wanted to infect them enthusiasm to encourage the team. In the times that run, someone who aims to excite the next door, whatever the goal pursued, deserves respect. And, if possible, company. Things would be a little different if we were all, even a little bit, more like the Fat Fan.

Introductory course of the Argentine fan