With guaranteed protocols, “the first race of the year” was held in San Rafael. Pedestrian, kayaking and cycling were the disciplines in El Nihuil. 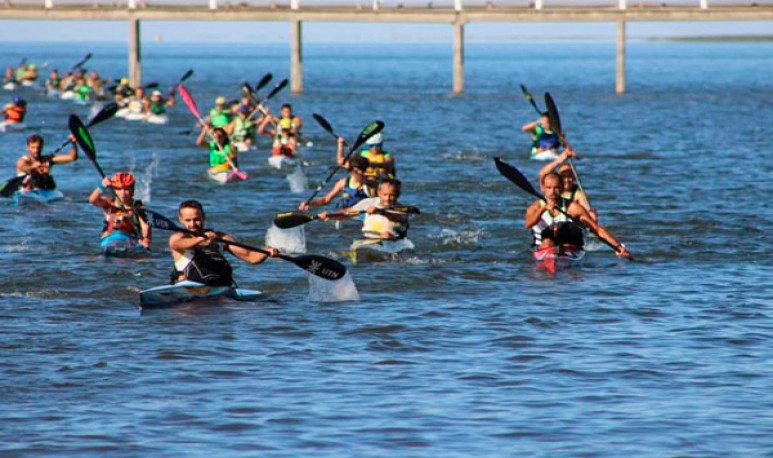 Until the last few weeks, there was a cloak of doubts about the realization or not of this traditional race. Athletes were training for the competition, but no one knew for sure whether the authorities would allow it, because of the pandemic. In doubt, the Mendoza prepared, and it was not in vain. Finally,  the eighth edition of the triathlon in the El Nihuil reservoir   was held on Sunday, January 10, and it was a success. It had an initial route of 7.5 kilometers of kayak, then followed with 22 kilometers of mountain bike, and culminated with 7.5 kilometers of pedestrian, where athletes from various parts of the department, from other areas of Mendoza and, also, from other provinces as happened in previous editions.

Great organization and an ideal day for the practice of outdoor sports, complying with all the sanitary measures provided for in the protocol by COVID-19, was the ideal context for the start.  It was spectacular, Le Mans type, with over 100 boats. It was something very eye-catching for the present audience, where the athletes got into the lake “El Nihuil” starting the test.

In the kayaking specialty, the athletes went 3 laps to the circuit where there was almost no  wind  and in each turn they made a haul coming out of the lake and returning to it.

The first to leave the water was Matías López, next to the first in posta that was Juan Pablo Radys. In the second discipline, mountain bike, Facundo Clemente reached Lopez, where he also joined the singles point lot, Denis Mendez, and all three arrived together at the closed bicycle park.

In the final part of the pedestrian, Facundo Clemente made the difference, arriving as the winner, escorted by Denis Mendez, while Julián Muzi snatched the third step of the podium from Matías López, who was fourth. The fifth place went to the sanrafaelino, based in San Juan, Mauro Ayesa.

In singles ladies, Paula Mochella had problems in the first discipline, as she broke the rudder of the kayak. Whereas, at the tip, he commanded Debora Gomez, from Tunuyán. But Amira Fortunato, in a great race, came as a leader in the closed bicycle park. Behind, they reached 5 seconds, Gomez, and 10 seconds, Moschella.

The final part was at all or nothing with the three boards, arriving as winner Paula Moschella, followed by Débora Gómez and the  podium  completed it, Amira Fortunato.

The general was in the hands of the Rayo Radys Team, composed of Juan Pablo Radys (organizer and competitor) who did the kayak part, the local Oscar Sulca by bicycle and malarguino Carlos Becerra in pedestrian.

The second position was for the team composed of the Olympic rionegrino, Miguel Correa, who is based in San Rafael and is teaching for the Sanrafaelina  Kayak Association  , looking for the paddlers to target the specialty of “speed”. Next to Correa were Ezequiel Martínez, on mountain bike, and Juan Fernández, in pedestrian, both of San Rafael. The third step of the podium was for the trio composed of Luis Barrios, Hugo Jover and Nico Ferreyra.

Nihuil dunes: a world of sand